Yasmine Hamdan's new album peaked at number 18 on the World Charts (Most Airplay) for KZSU 90.1 FM (Stanford University) for the week ending in July 1, 2012). That same week saw four other Arabic CD's in the Top 20 World Charts including Mike Massy's album at number 13, Lebanese band Adonis at number 13, Jordanian group/band JadaL at number 11 and Marcel Khalife at number 17.

See screen capture below or go to THIS LINK. 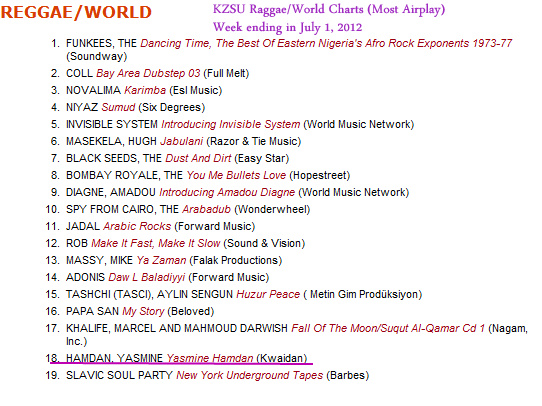