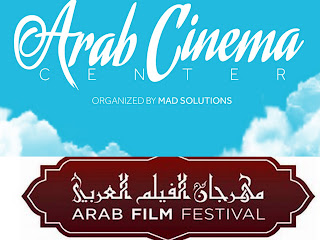 Arab Cinema Center (ACC) is operating as an international promotional platform for Arab cinema as it provides Arab filmmakers with a professional window to connect with filmmakers from all over the world through a number of events that it organizes and provides networking opportunities with representatives of companies and institutions specialized in co-production and international distribution, among others.

The Center’s activities vary between Film Market main wings, introduction sessions for Arab and foreign filmmakers, welcome parties, meetings with international organizations and festivals, in addition to releasing an ACC guide to be distributed among the Film Market visitors.

Previously, the ACC revealed its year-round partnership with Variety magazine as the Center’s media partner; in addition to a digital partnership with Festival Scope and a technology sponsorship with Striim.in to promote the ACC’s events in 2016.

During Berlinale, Variety magazine will offer its Best Arab Filmmaker of 2015 Award under the umbrella of the Center. The Center will also launch a magazine listing the partners, festivals and film markets hosting it this year and will also highlight the latest updates in the Arab film market.

Arab Cinema Center (ACC) opened the year with intensive activities at 45th International Film Festival Rotterdam (IFFR), Netherlands, which ended on February 8th 2016. As part of the new strategy in 2016, Arab Cinema Center will take part in more than 20 international festivals and film markets, including Hong Kong International Film & TV Market (FILMART) (14-17 March). More details about festivals and film markets where ACC will be present will be revealed on a later date.