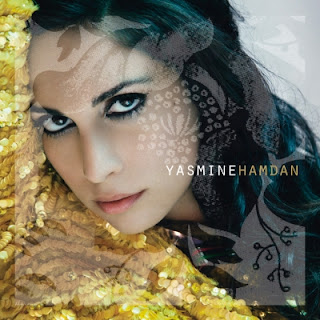 Yasmine Hamdan will be performing live at El Genaina Theater (Egypt) on,Thursday and Friday, August 9-10. For more see Event page on Facebook at this link or read below:

Writer, Composer and singer, Yasmine Hamdan was born in Beirut. She formed the indie electro-duo group “Soapkills” along with Zeid Hamdan in 1998. Between 1998 and 2005, Soapkills released 4 albums including a Live recording.. Her encounter in 2005 with Mirwais Ahmadzaï, the electronic music producer who composed Madonna’s album “Music”, results in the birth of Y.A.S. In 2009 she released her album “Arabology” by Universal Music.
In September 2011, Marc Collin and Yasmine met in Marc’s studio, Yasmine brought along some songs she’d written and some of her favorite rare Arabic classics. Their collaboration goes beyond the mere idea of making a remix, not a tribute nor a modernization, but rather a remote memory of a melody.