Maher Abu Rmeileh is making history. The 28-year old judo champion from East Jerusalem is the first Palestinian to ever qualify on points for the Olympics. On July 30, 2012, he will compete for Palestine in the London Games. Until now, the Olympic Committee, which recognizes Palestine as a state, had invited Palestinian athletes only as honorary participants.

Here is the video clip by Al-Monitor's meeting with Maher Abu Rmeileh on June 17, 2012 (Story by Sophie Claudet, Muayad Alayan and Raed Khoury):

Other Palestinian Athletes at the 2012 Olympic Games: 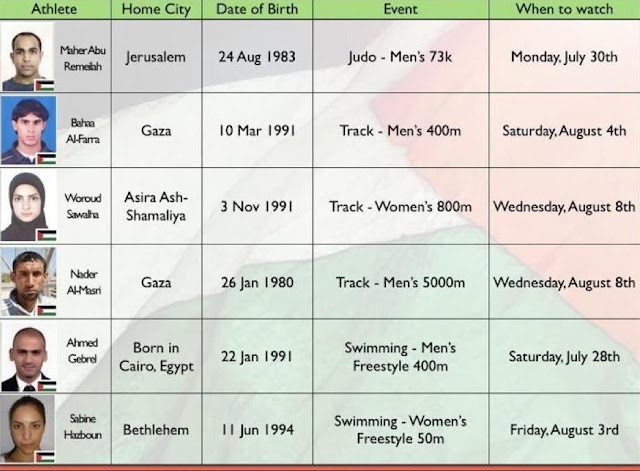