Ruse and Wit
The Humorous in Arabic, Persian, and Turkish Narrative
Edited by Dominic Parviz Brookshaw 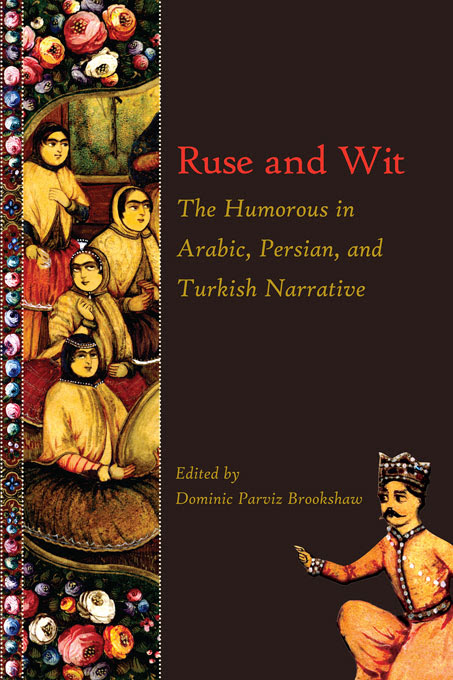 The essays in Ruse and Wit examine in detail a wide range of texts (from nonsensical prose, to ribald poetry, titillating anecdotes, edifying plays, and journalistic satire) that span the best part of a millennium of humorous and satirical writing in the Islamic world, from classical Arabic to medieval and modern Persian, and Ottoman Turkish (and by extension Modern Greek). While acknowledging significant elements of continuity in the humorous across distinct languages, divergent time periods, and disparate geographical regions, the authors have not shied away from the particular and the specific. When viewed collectively, the findings presented in the essays collected here underscore the belief that humor as evidenced in Arabic, Persian, and Turkish narrative is a culturally modulated phenomenon, one that demands to be examined with reference to its historical framework and one that, in turn, communicates as much about those who produced humor as it does about those who enjoyed it.

Before arriving at Stanford, Dominic Parviz Brookshaw taught medieval and modern Persian literature and Persian language at the University of Manchester (2007-2011), McGill University (2005-2007), and the University of Oxford (2002-2005). Since 2004 he has served as Assistant Editor for Iranian Studies. He is a member of the Board of the International Society for Iranian Studies (ISIS), and a member of the Governing Council of the British Institute of Persian Studies (BIPS).