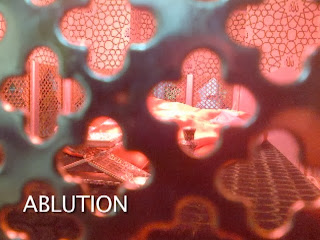 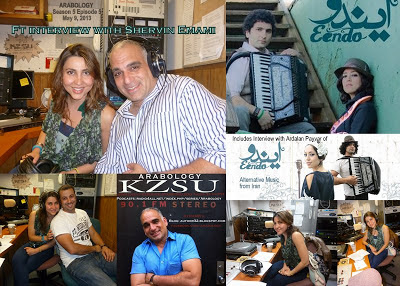 The Feb 28, 2013 'Arabology' podcast aired on Feb 28, 2013 and features an interview with Safa Samiezadé-Yazd who is the Arts, Culture, Music and Film Editor at AslanMedia.com and whose work focuses on contemporary art/performance and the Middle East. In this interview, she discusses issues ranging from Iranian American identity to her involvement in curating the first festival of Iranian theater ever to be presented in the USA. 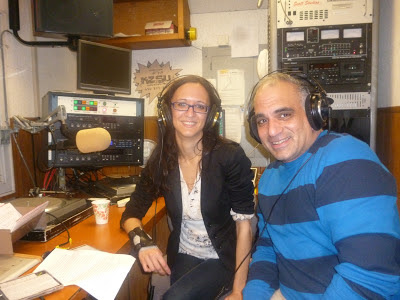 The third episode of the third season of 'Arabology'--a radio show hosted by Dr. Ramzi Salti, Lecturer at Stanford University, showcasing (mostly alternative) music from the Arab world--aired on Oct 18, 2012 and featured a 2-part interview with Shervin Emami, Lecturer in Persian at Stanford, who discussed her academic background while showcasing a selection of songs from Iran.   Show also included a special segment on Jordanian 'alternative' music (with guest Ahmad Q) plus a slew of Arabic music tracks with commentary in English by DJ Ramzi. 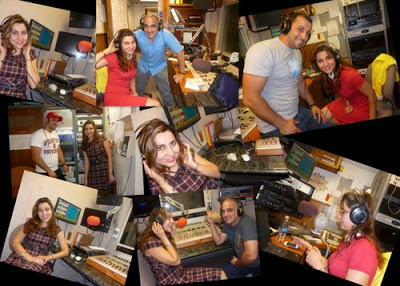 My thanks to Lily Harries for contributing this piece to 'Arabology'

While India may generate the most jaw dropping box office and Japan may lead the way in terms of technical innovation, it is arguable that the most consistently challenging and fascinating cinema to come out of Asia over the last half century has come from Iran. While the commercial end of Iranian film has always offered a plethora of crowd pleasing fare for a hugely cini-literate public, the country’s most interesting films have consistently come from successive generations of what is known as the Iranian “New Wave”, a movement which began in the late 1960’s and survives to this day in the work and souls of the country’s most imaginative film makers.

New Wave films are characterised by their poetry, visual artistry and subversive subject matter. Often they are highly politicised in tone, challenging accepted political and religious notions in a country where both topics are always liable to cause debate. For those new to this most rich, rewarding and radical genre, here are some of the most notable films to come out of this school from its inception to the present day.

Next time you’re looking for something a little different when renting on LoveFilm or shopping for DVD Amazon bargains consider these ground-breaking titles.

The Cow (1969), Dir: Dariush Mehrjui
While there is quite some debate about what, exactly, was the very first film of the Iranian New Wave, most cinema scholars will cite Mehrjui’s late 60’s masterpiece as the film that opened the gate for this period of innovation. Concerning the heart breaking, surreal effect of his beloved cow’s death on a poor middle aged villager, it is a quite extraordinary look at grief and mental illness, distinct from anything audiences had encountered before.

Whereas The Cow received widespread praise from all sections of Iranian society, Nasser Taghvai’s 1973 film found itself banned by the ruling government due to its profoundly subversive subject matter. The moving tale of a retired army colonel and his, and his daughter’s, battles with depression and insanity, it was considered too extreme by the powers that be. Outside of Iran it was immediately praised as a cinematic triumph, winning a diploma of honour at the Venice Film Festival of 1972.

The Koker Trilogy (1987-1994) Dir: Abbas Kiarostami
In a career that spans from the early 1960’s to the present day Abbas Kiarostami has marked himself out as one of cinema’s most maverick and individual voices. A constant innovator and challenger of cinematic norms, his filmography is so intimidatingly huge and so packed with notable titles that picking just one would be an impossibility. Instead, then, let’s pick three - Where Is the Friend's Home? (1987), And Life Goes On (1992) and Through the Olive Trees (1994), the three landmark movies commonly referred to as his Koker Trilogy. Each film is set in the Northern Iranian village of Koker and each is a wonderfully poetic evocation of life’s cycles told through stories of normal people faced with the fragile nature of mortality.

Jafar Panahi began his career as assistant to Kiarostami but shot to international acclaim in his own right when his directorial debut won the Camera D’or at the 1995 Cannes Film Festival. Coming from a script written by Kiarostami, Panahi’s first film is the hypnotically beautifully, achingly emotional and subtly subversive tale of seven year old Razieh, who wishes to buy a goldfish from a Tehran market place. While there, however, several characters will attempt to swindle her out of the money she received from her mother for the purchase. Panahi has since gone on to become one of his nation’s most popular and most controversial filmmakers. His constant troubles with the Iranian authorities finally came to a head in 2010 when he was imprisoned for six years for creating propaganda against the Iranian Republic, a decision decried by many in the international film community.

The last fifteen years or so has seen the rise of a number of brilliant female directors in Iran, and at the forefront is Samira Makhmalbaf. As the daughter of legendary director Mohsen Makhmalbaf, it was unlikely Samira would ever wish to do anything other than make films. Since her debut The Apple in 1998, she has quickly risen to be one of the most influential directors working in her country. Perhaps her best film, however, is her follow up, 2000’s The Blackboards, which concerns the effect of Saddam Hussein’s chemical bombing on the Kurdish citizens of Halabja during the Iran-Iraq conflict.