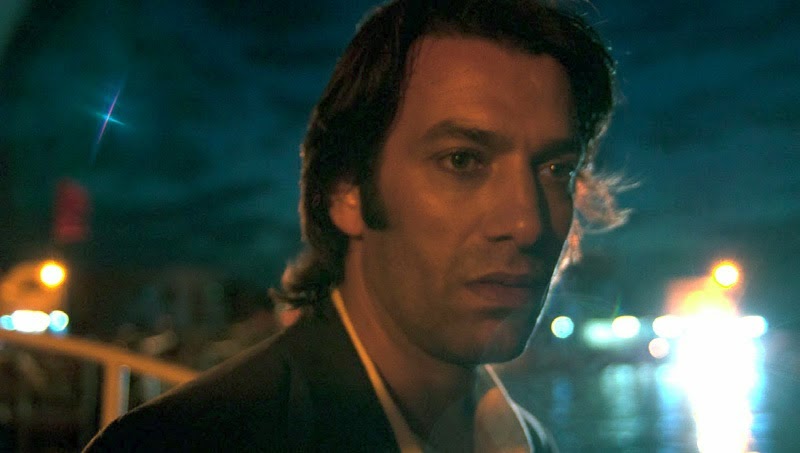 On October 10, 2014. I had the honor of meeting Director/Writer/Actor Cherien Dabis who attended the 18th annual Arab Film Festival Opening Night and San Francisco Premiere of her film May in the Summer.
SAN FRANCISCO, October 8 - The 18th annual Arab Film Festival (AFF) has announced special guests for its Opening Night on Friday, October 10, with the San Francisco premiere of May in the Summer. Director/Writer/Actor Cherien Dabis will be in attendance, and AJ+ Presenter/Producer Dena Takruri will host the evening, leading a Q&A with Dabis after the screening. Opening Night festivities include a pre-screening reception, 6:00pm, and an after party at the Churchill.

Cherien Dabis is an award-winning filmmaker, who received her MFA in Film from Columbia University. Her first short film, "Make a Wish," premiered at the 2007 Sundance Film Festival, and she has worked as a writer, story editor, and co-producer with the television series The L Word (2006 -2008). Dabis made her feature film debut with Amreeka, which premiered at the 2009 Sundance Film Festival to critical appraise.

Dena Takruri is a Presenter and Producer at AJ+, the new digital channel from the Al Jazeera Media Network. Previously, Takruri was a host and producer at HuffPost Live as well as Al Jazeera Arabic, where she produced the flagship political talk show, "Min (From) Washington."

May has it all - a celebrated book, a sophisticated New York life, and a terrific fiancé to match. But when she heads to Amman, Jordan, to arrange her wedding, she lands in a bedlam of family chaos she thought she'd transcended long before. Her headstrong, born-again Christian mother so disapproves of her marrying a Muslim that she threatens to boycott the wedding. Her younger sisters lean on her like children, and her estranged father suddenly comes out of the woodwork. Meanwhile, doubts about her marriage surface, and May's carefully structured life spins out of control. As with her debut feature, Amreeka (2009), Cherien Dabis breathes life into a world rarely depicted on screen, where tradition, burgeoning modernity, and Western imitation deliciously collide and prove that nothing is quite what it seems. Taking a star turn in the title role, Dabis expertly captures the knotty dynamics of a household of women, mining the inherent humor and pathos as her irresistible characters stumble through rocky familial and romantic terrain. The film also stars Alia Shawkat, Nadine Malouf, Hiam Abbas, and Alexander Siddig.

FULL PROGRAM ANNOUNCED
As the largest showcase of Arab films and filmmakers, the AFF 2014 program features 55 films representing 25 countries. This year the schedule includes 28 US premieres and 19 films from women directors. Complete film and scheduling information is available online at aff2014.arabfilmfestival.org.

In addition to presenting new films from both established and emerging filmmakers, AFF will inaugurate its retrospective series, Arab Classics, with Youssef Chahine's legendary Cairo Station (1958). Chahine received international recognition when his masterpiece depicting the sexuality, repression, madness, and violence amongst society's marginalized was screened at the 1958 Berlin Film Festival and nominated for a Golden Bear.

In Cairo Station, two populations briefly intersect: those passing through Cairo's grand urban train station and those who live and work there. Among the latter is Kinawai, a crippled newspaper man (played by Director Youssef Chahine) who becomes increasingly obsessed with Hunuma, a beautiful young woman who sells drinks and is engaged to one of the station's respected luggage-carriers. Mixing comedy, tragedy, and musical elements, Chahine's controversial tragicomedy is an examination of the latent desires and violence embedded in Egypt's social stratification.

GENERAL FESTIVAL INFORMATION
AFF 2014 will take place over 14 days from October 10-23 in the Bay Area: San Francisco, Oakland, Berkeley, and Palo Alto. Films will be screened in San Francisco at the Castro Theatre (429 Castro Street), Roxie Theater (3117 16th Street), Opera Plaza Cinema (601 Van Ness Avenue), and Artists' Television Access (992 Valencia Street); in Oakland at The New Parkway (474 24th Street) and Grand Lake Theatre (3200 Grand Avenue); in Berkeley at Landmark Shattuck Cinemas (2230 Shattuck Avenue); and in Palo Alto at The Aquarius Theatre (430 Emerson Street). Abridged versions of the Festival will take place in Los Angeles from November 7-9 and in San Diego from November 20-22. AFF is supported in part by Wells Fargo and VISA.

About the Arab Film Festival
The Arab Film Festival is the largest independent annual showcase of Arab films and filmmakers in the country. The festival has an international standing and is considered one of the most important Arab film festivals outside the Arab world. It strives to present the best contemporary films that provide insight into the beauty, complexity, and diversity of the Arab world alongside realistic perspectives on Arab people, culture, art, history, and politics. For more information, visit arabfilmfestival.org.
at October 09, 2014 No comments:

The Asian Art Museum in San Francisco is bringing an exhibit titled "Roads of Arabia: Archaeology and History of the Kingdom of Saudi Arabia" to the bay area from October 24, 2014 to January 18, 2015

About Roads of Arabia (#RoadsofArabia)

Roads of Arabia: Archaeology and History of the Kingdom of Saudi Arabia is the first major international exhibition of artworks and artifacts documenting the region’s early history. The museum serves as the only West Coast venue and final venue in its U.S. tour. The show features more than 200 artibfacts—some dating back one million years—tracing the impact of historic incense trade routes and pilgrimage roads. Objects in the exhibition, like colossal statues, Greco-Roman bronzes and pages from early Qur'ans, testify to a lively mercantile and cultural exchange among civilizations from antiquity through the early centuries of Islam. These and many other unique artworks provide a glimpse of the Arabian Peninsula’s fascinating history.