My 60-minute Arabology interview with Lebanese singer/songwriter/artist Tania Saleh was initially intended to discuss the music on her new "Intersection" CD yet quickly expanded into a lively discussion of the singer's latest project where music, poetry and street art intersect to give birth to a totally unprecedented audio-visual work--one that merits time and explanation in order to be fully savored and appreciated. This project, coupled with Tania's poignant commentary about each track on the album, made for a rich, informative interview that could have easily transfixed any audience worldwide (listen below or at this link).

First, there are Tania's angelic vocals which, when combined with Tunisian Music Producer Khalil Judran's contemporary electronic sounds, give new life to poems by such acclaimed poets as Mahmoud Darwish, Khalil Gibran,  Nizar Qabbani, Nazik Al-Malaika, Bayram Al-Tunsi, Abdallah Al Bardawni, Joumana, Haddad, Bader Shaker Al-Sayyab, Salah Jahin,Younes El Ebn and Ahmad Fouad Najm.  This new approach not only payed homage to these great Arab poets but also made their work accessible to a whole new generation of listeners, both in and out of the Arab world, whose sole musical connections to these poems had been relegated to singers from their parents' generation.  Case in point is Tania's musical interpretation of Gibran's "There Is No Justice in the Forest  ليس في الغابات عدل"-- a mesmerizing track that seems reminiscent of Fairuz when she so gloriously set Gibran's poetry to music back in the 1970's.


Second, this is perhaps the first time in the history of contemporary Arabic music that an entire CD has been so eloquently accompanied by a documentary that seeks to link each song with a work of art or, in this case, with murals that were painted by Tania Saleh herself on the walls of various cities around the world. That intercession between Tania's artwork and songs has been brilliantly documented in Tania Saleh "Intersection - تقاطع": The Film, a 15-minute audio-visual feast (with English subtitles) that was brilliantly directed by Elie Fahed and released on YouTube to coincide with the launch of the CD (watch below or at https://youtu.be/jH0NSa6Vu4c).

Third, Tania Saleh's "Intersection" also functions as a much needed socio-political commentary on the state of the Arab world at various historical junctures--a fact that is evidenced through the thoughtful and well researched commentary she shared with us during our recent Arabology interview. Tania is not shy about critiquing an Arab world that is suffering from endless wars and internal conflicts but through it all, she still manages to find some kind of unity in the music that she has sought to create since the 1990s--tracks that express the pain she feels for the region with a sense of optimism that is consistently found within her lyrics.

Fourth, it seems quite crucial to note the tragic absence of companies and individuals in the Arab world who could or would have ever released a musical project of such high caliber. As Tania puts in our interview, "this musical project would not have seen the light were it not for Erik Hillestad, the Kirkelig Kulturverksted label, and the support of the Norwegian Ministry of Foreign Affairs."  To all those, we owe a note of thanks, coupled with a call to various venues worldwide--and especially in the US--to invite singers such as Tania Saleh to come and share their work with us, for it is perhaps in the global intersection of music and art that we can finally aspire to a richer, more tolerant world.
يسرّني أن أدعوكم للاستماع الى حواري الاذاعي مع تانيا صالح الذي يدور حول البومها الجديد «تقاطع» وهو مشروع فني يجمع بين الغناء والريشة وأشعار #جبران_خليل_جبران #نازك_الملائكة #نزار_قباني #صلاح_جاهين #محمود_درويش #بدر_شاكر_السياب #عبدالله_البردوني #جمانة_حداد #أحمد_فؤاد_نجم #يونس_الابن #بيرم_التونسي
:يمكنكم الاستماع الى المقابلة بأكملها عبر الرابط التالي
https://soundcloud.com/arabology/taniasaleh2018
- March 02, 2018 1 comment: 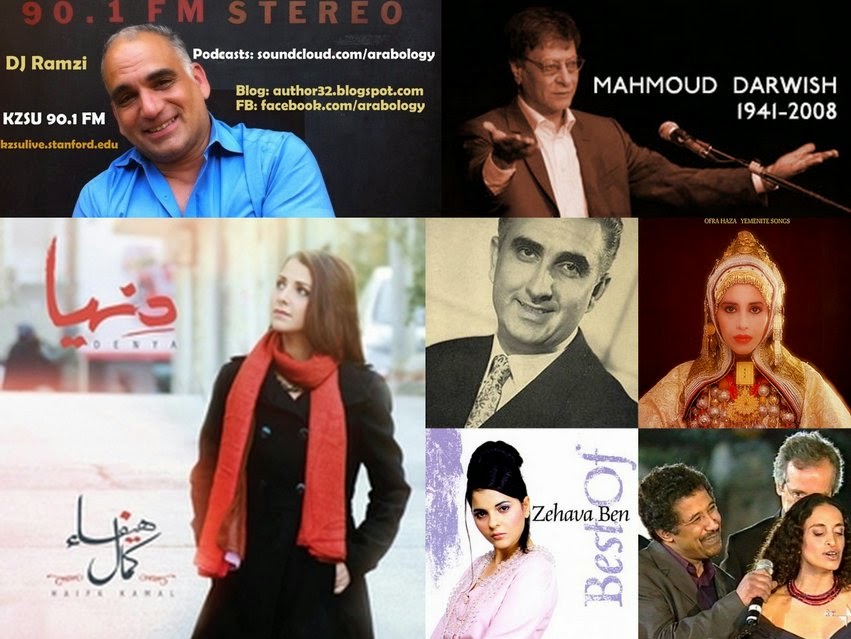