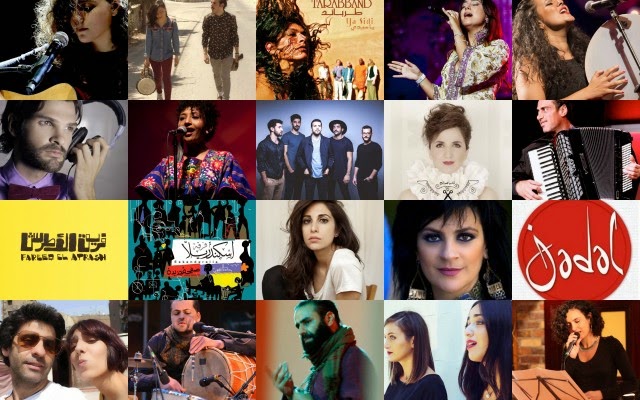 Listen to podcast below or at https://soundcloud.com/arabology/arabology-84-top-20-alternativeindie-arabic-songs-of-2013

MORE ABOUT THE ARTISTS: 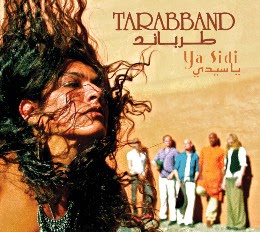 Tarabband presents Arabic music influenced largely by other music styles; Middle eastern and Nordic Folk & Traditional music, Jazz, Persian and Latin, resulting in the band’s own original sound and compositions. Tarabband’s base is the Swedish city Malmö, where cultures from all over the world interact and melt into each other, creating an interesting cultural spot in the heart of Europe. The word TARAB itself in Arabic stands for ‘Ecstasy through music’. The group was nominated for 2014’s “Tradition Bearer” and “Best crossover”awards at the “Swedish World Music Awards.” 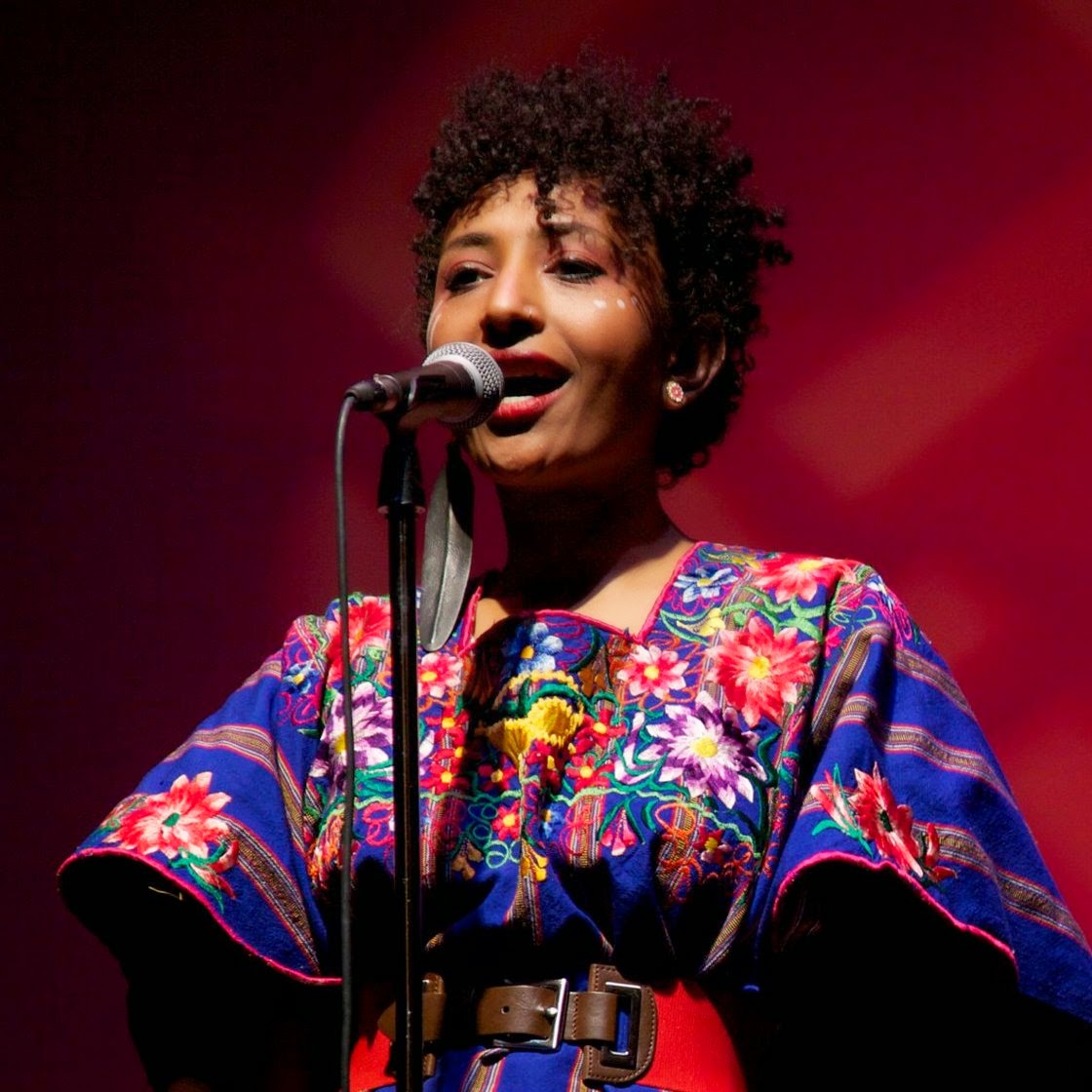 Alsarah, the lead female vocalist hails from the Nubian region of northern Sudan (extends into southern Egypt) but grew up in Yemen. Now based in Brooklyn, she follows in the tradition of the late Hamza El Din, bringing Nubian-inflected music to the world, playing oud, singing mostly in Arabic. 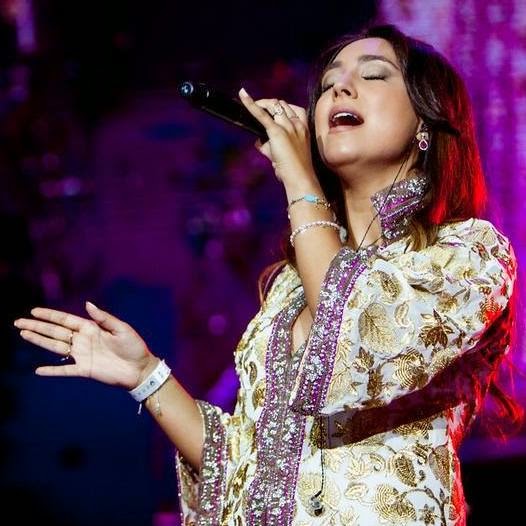 Mayssa Karaa (born 1989, Lebanon) is a singer from Beirut. Currently based in Boston, Massachusetts, while attending Berklee College of Music she toured with Italian tenor Pasquale Esposito, and later collaborated and toured with Arabic musician Simon Shaheen. She has also toured with the Berklee World Strings Orchestra. In 2013 she was the featured vocalist on the Arabic version of "White Rabbit" on the American Hustle Soundtrack.  Karaa was awarded the National Cultural Award of Lebanon for the song at the American Hustle premier in Beirut and, as of 2014, she is working on her debut solo album 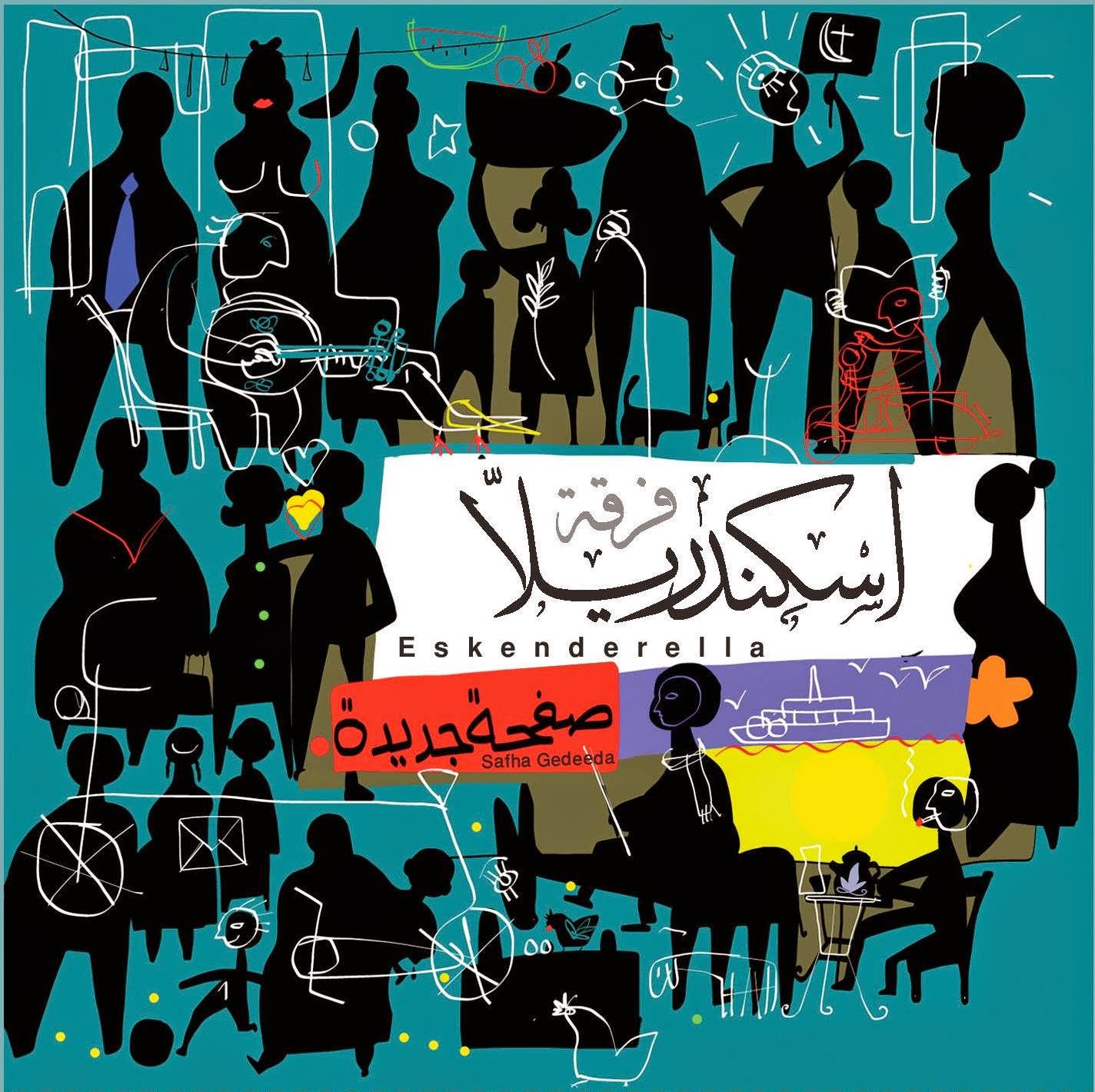 Eskenderella (Egypt) was launched in 2000 by Hazem Shahine with the aim of reviving the songs of Sheikh Imam and Sayed Darwish.  Eskenderella's repertoire also includes music to lyrics by poets such as Zein El-Abedine Fouad, Salah Fouad Haddad and Salah Jahine. While drawing on Egypt's musical heritage, the band brings their iconic compositions close to people's hearts. 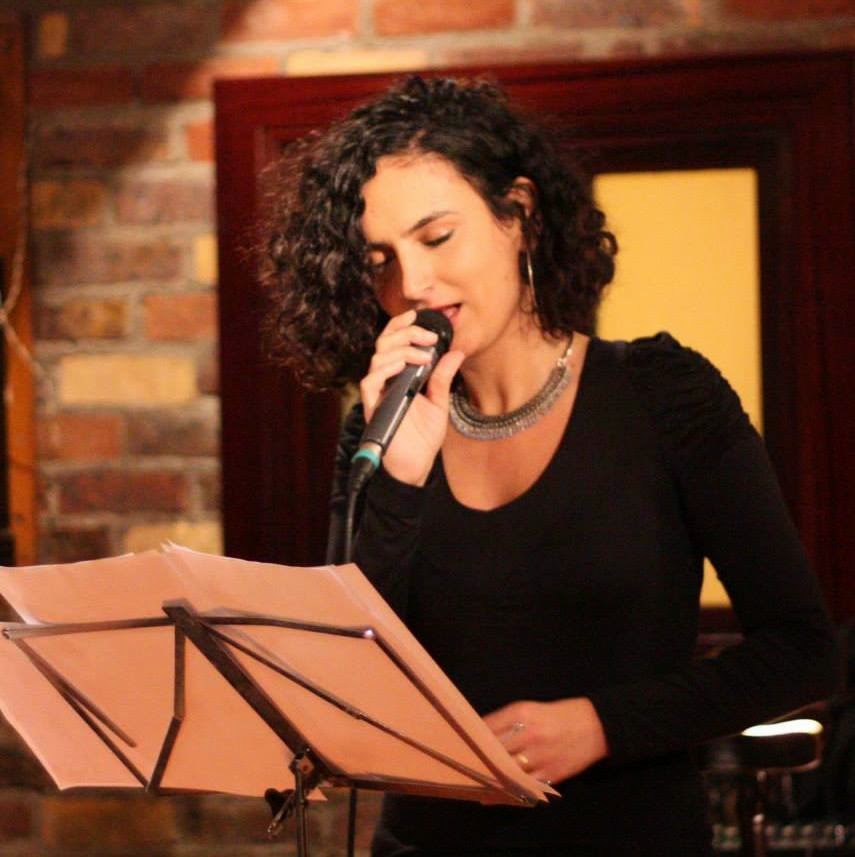 Ruba Shamshoum was born and raised in Nazareth to a Palestinian family and at the age of 24 she decided to study music, specifically Jazz. She is now finishing her Bachelor of Arts in Jazz Performance in NewPark Music Centre in Dublin.  In 2011 she participated in Annemarie Jacir’s film “When I Saw You” by composing and singing the theme song for the film.. In 2013 she recorded two of her original songs at Majdal Shams, Golan Heights with musicians Hasan and Rami Nakhleh. In November 2014, she released her first video “Fuqaati” (My Bubble). 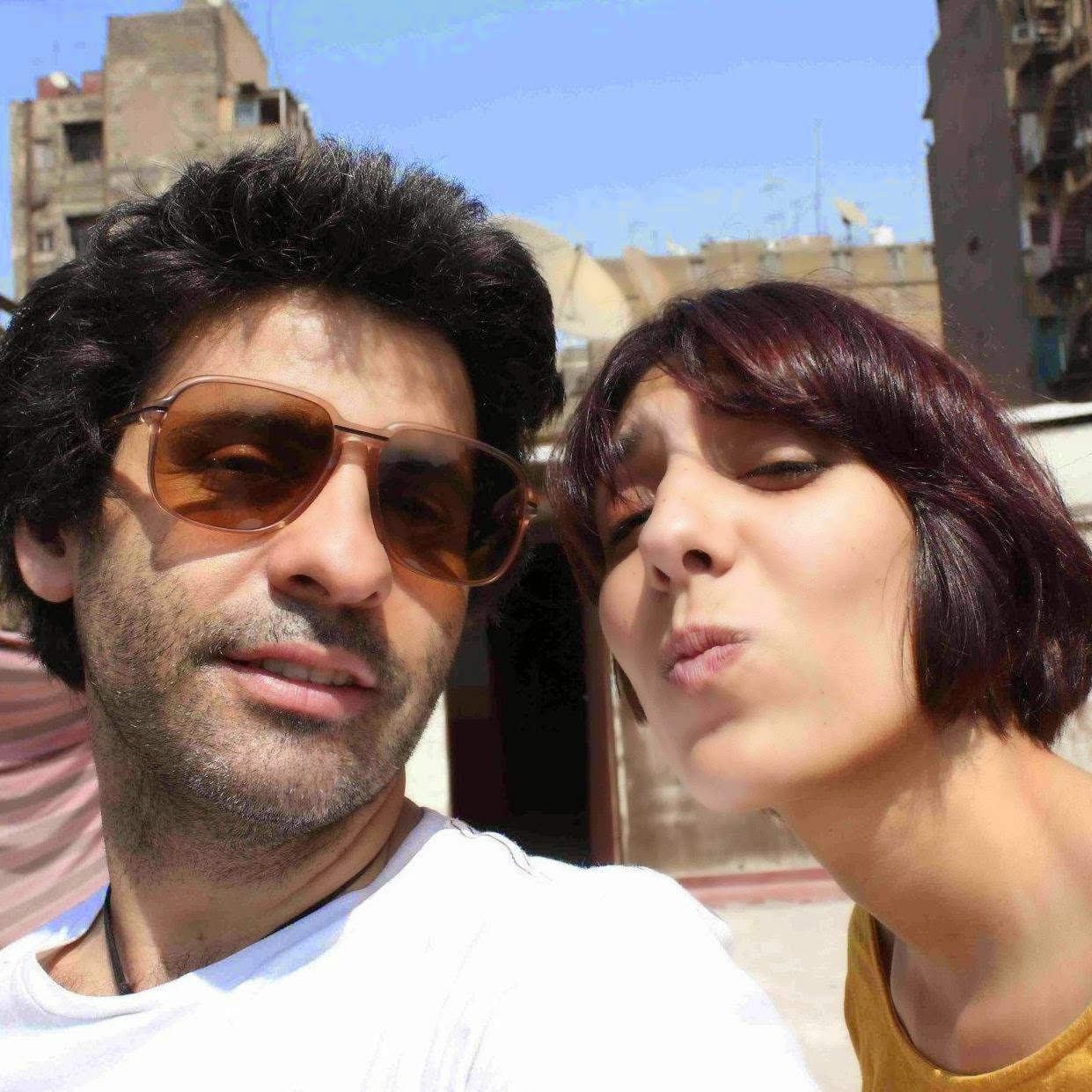 Maii Waleed is a singer, songwriter and guitarist from Alexandria; Zeid Hamdan is a producer and musical genius from Beirut . They met in 2010 and produced together an ambitious 10-track album . They called the project Maii and Zeid. 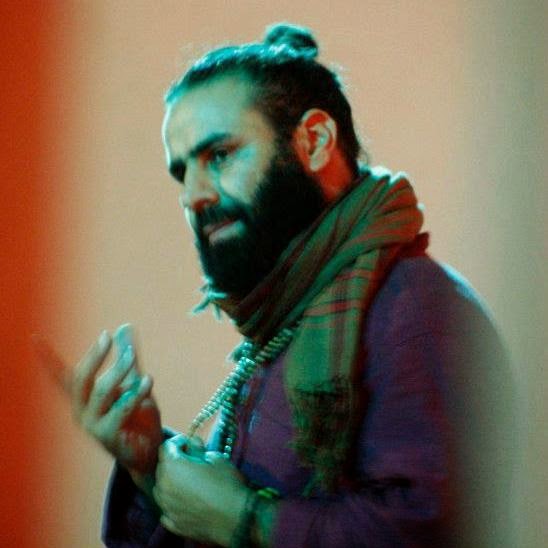 Mounir Troudi (منير الطرودي) (b. 1960) is a jazz and Sufi music singer from Tunisia.  Mounir grew up in El Kef, and he received his diploma on Arabic music in 1998. He made his debut with Fadhel Jaziri and his show Hadhra in 1994, and in the early 2000s he formed Nagouz. He has also appeared in several albums with jazz trumpet player Erik Truffaz. In 2010 he released his album Tawassol. 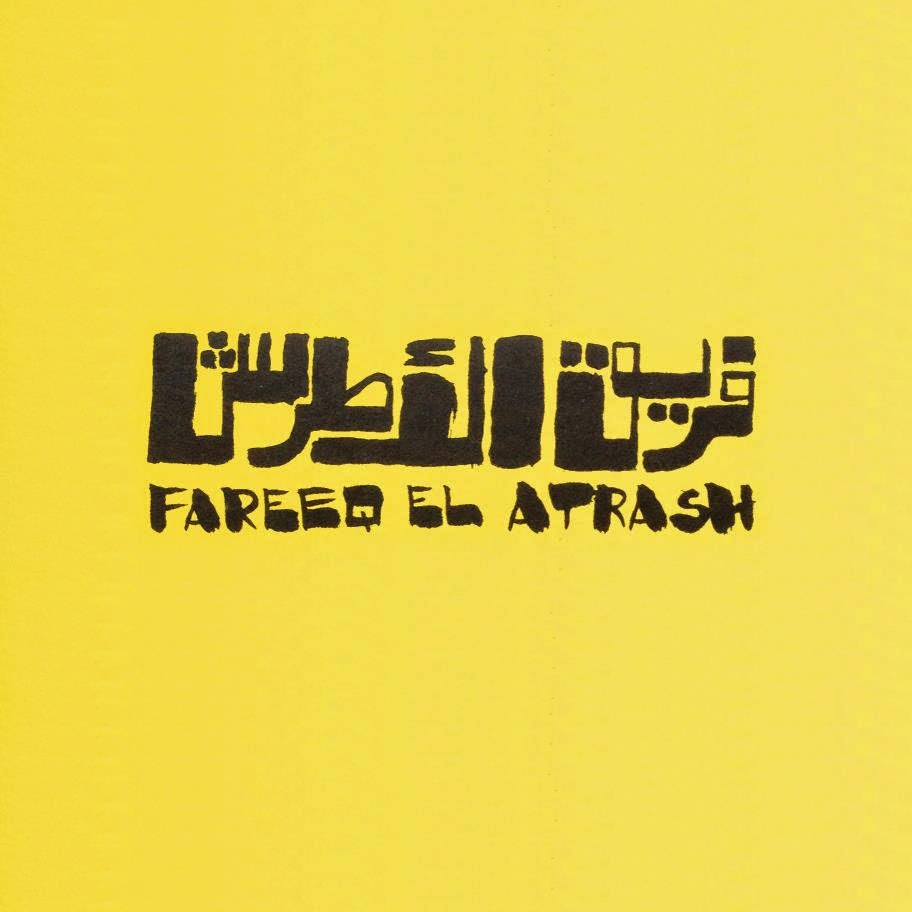 Fareeq el Atrash is an Arabic hip hop band from Beirut with a sound that is distinguished by its true-school style, topical flows and live instrumentation.  At the heart of the group is the amazing Edd Abbas. 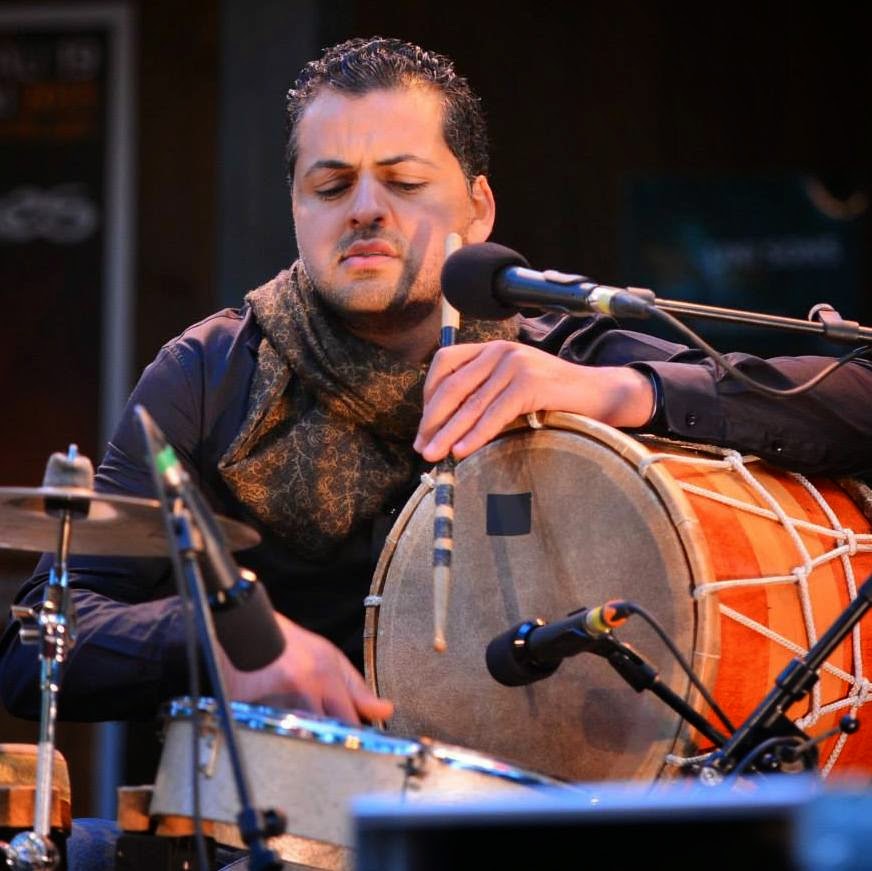 Imed Alibi is a Tunisian percussionist who has worked with everyone from rock band Boukakes to Rachid Taha, but has now created an epic fusion in which drums are mixed with digital beats, keyboards, violin, accordion, qanun and nay flute. The opening track on his Safar CD ‘Pour Quelques Dinars de Plus’ is a grand, pounding instrumental that sets the mood with its reference to Ennio Morricone's music for the classic spaghetti western. 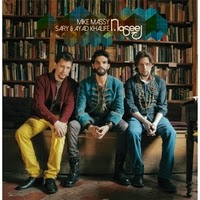 Mike Massy collaborated with Sary & Ayad Khalife to record his second album, NASEEJ.  The CD is a musical Journey from East to West, Medieval to Andalusian, Ancient to Contemporary, with a SUFI SOUL. He is joined by Fadia Tomb El Hage on this track. 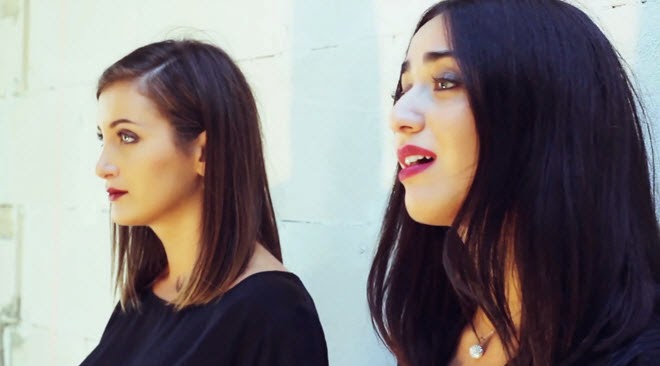 Syrian sisters Faia and Rihan Younan, residents of Sweden since 2003, have triggered a global hype with their lamentation/song "To Our Countries" 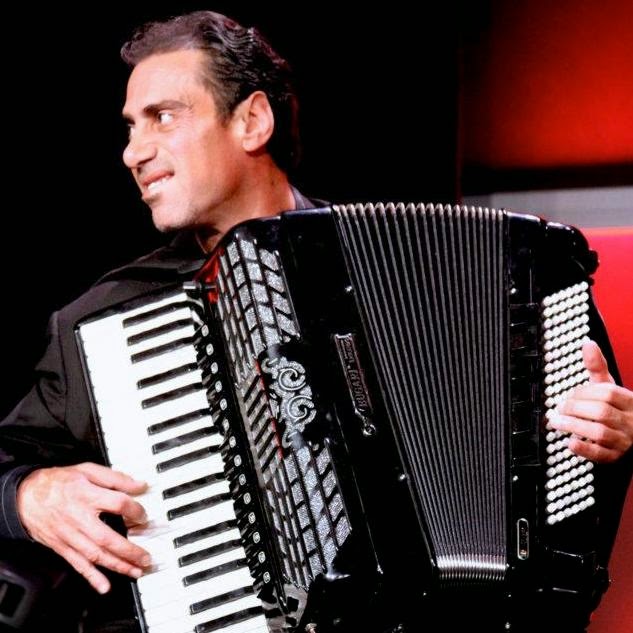 Elias Lammam is widely considered, by those familiar with Arabic music and others, to be the best microtonal accordionist of his generation. Mr. Lammam teaches and performs as a soloist and band leader with his ensemble, the Elias Lammam Trio, which includes his brother Antoine Lammam, master percussionist, and highly respected Syrian violinist Fathi Aljarrah, and various other highly respected musicians performing Arabic music. He performs throughout the U.S. at various music festivals, concerts and theatrical events, and performs regularly in the San Francisco and Monterey Bay Areas as a soloist, with his Trio, or with various other musicians at public and private events. 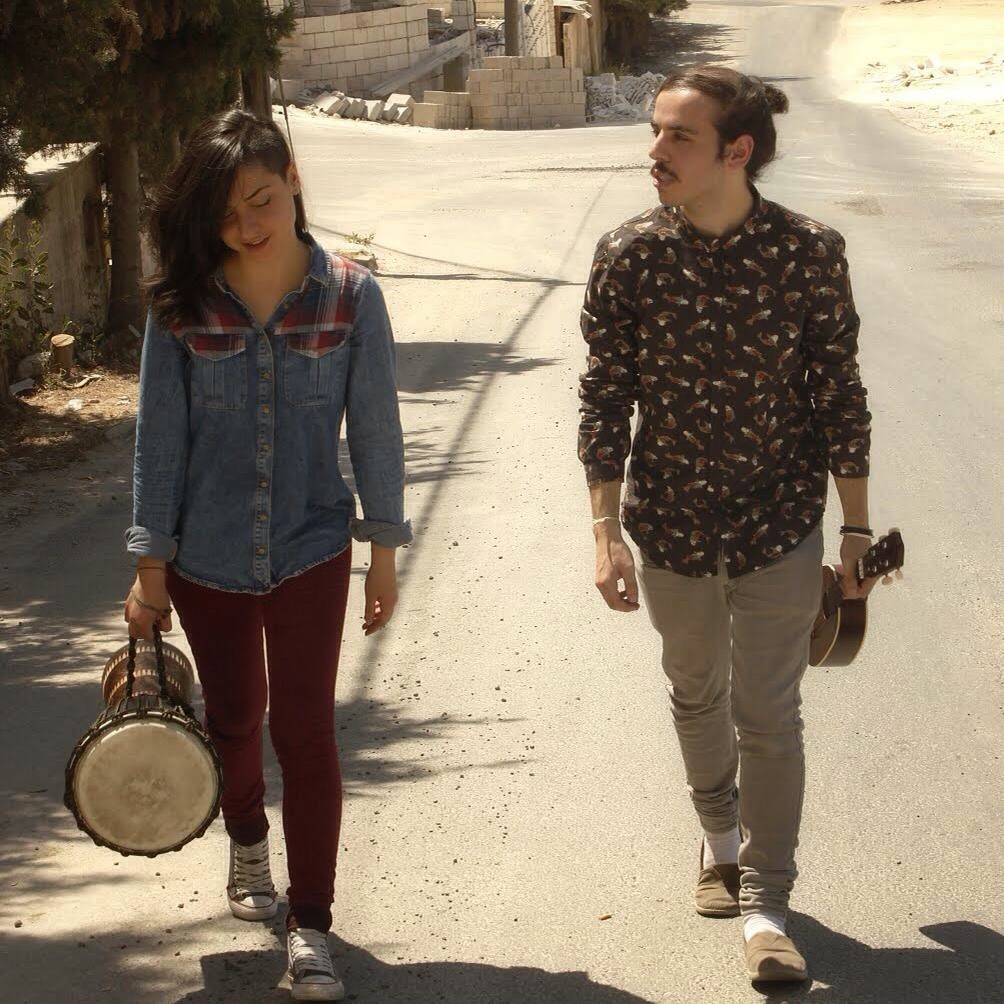 Share3 El Sukkar (Sugar Street) is a band of two (Hosam Omran and Razan Abu Askar). Their music weaves storytelling and orchestration..  They hail from Jordan. 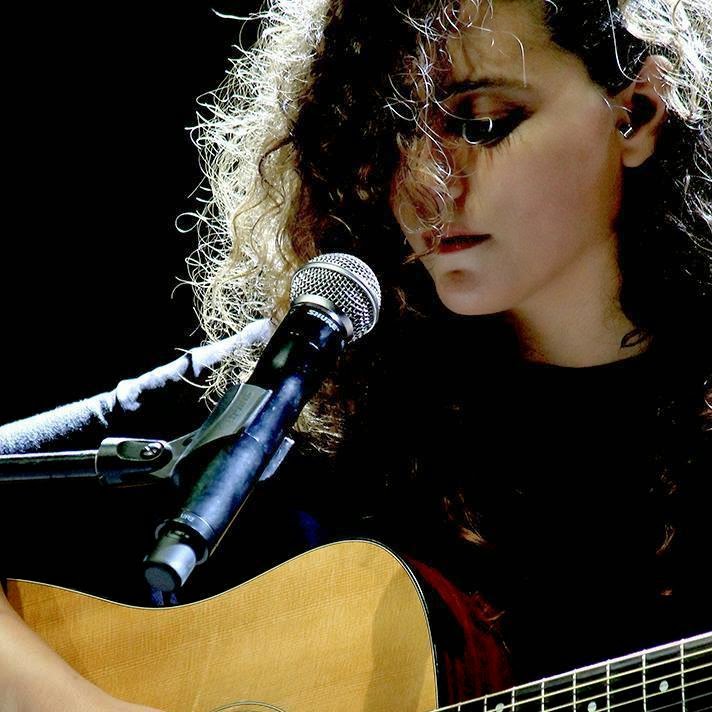 Youmna Saba says that her new Njoum CD is an experiment in songwriting and storytelling rendered in vocals, oud and processed guitars: it is usually played as a whole and follows a certain narrative that's apparent through the tracks. Youmna wrote the album during her residency in South Korea in Fall 2013, and then reworked it upon her return to Lebanon. It was recorded and mixed by Fadi Tabbal at Tunefork Recording Studios and is now being performed in Lebanon as well as internationally 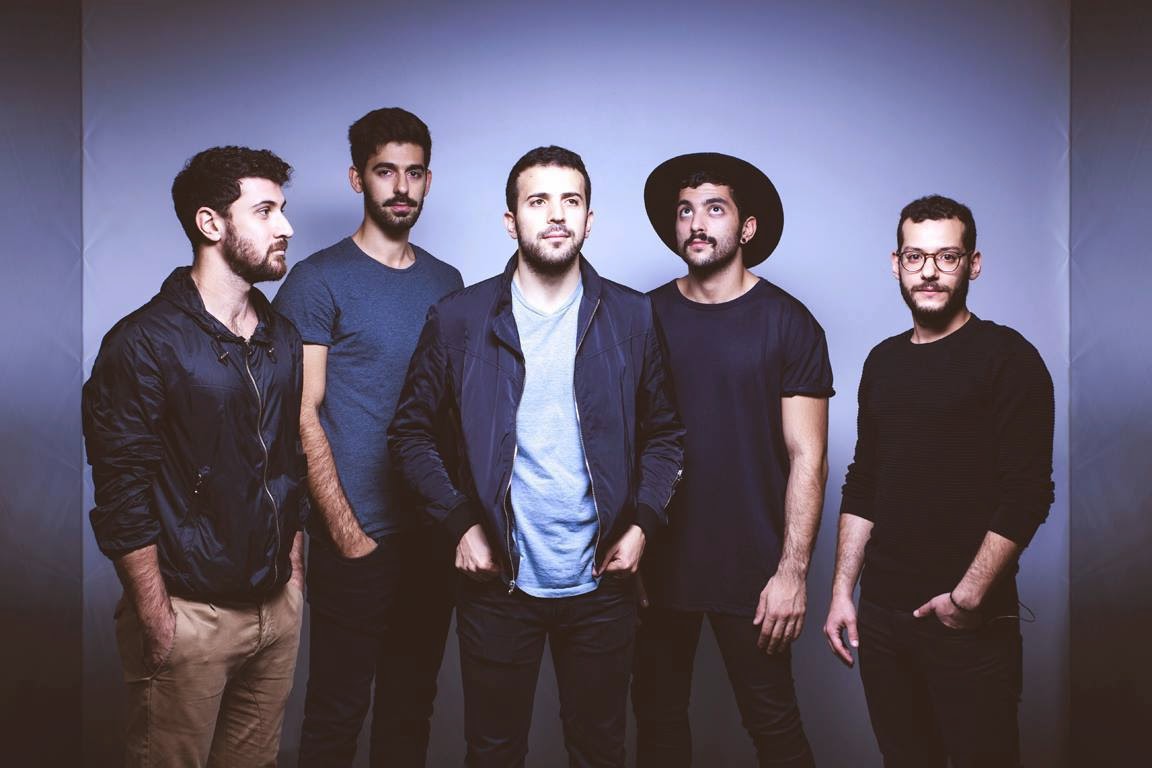 Lebanese indie group Mashrou’ Leila were featured on a recent episode of the TV show Coke Studio, performing with Nile Rodgers, the legendary guitarist and songwriter behind some of the biggest hits of the disco era and – of course – Daft Punk’s megahit “Get Lucky”. The band performed an Arabised version of “Get Lucky” with Rodgers on guitar.  Mashrou’ Leila’s lead singer Hamed Sinno says“We didn’t have a lot of room to play around with the translation so we had to go for a literal translation, which proved to be quite challenging as there are a lot of word plays in the original lyric that don't readily translate to the Arabic,  The other issue was trying to find translations for slang like the phrase ‘get lucky’ while trying to keep a balance between meaning and spirit. I actually posted a few words on my Facebook account and asked friends from all around the world to suggest possible Arabic synonyms, and eventually picked some stuff out from their answers.”  The main chorus ended up as such: 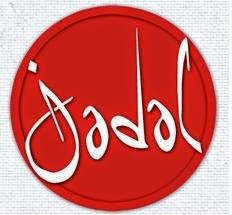 Jadal is an Arabic Rock Band formed in 2003 by Mahmoud Radaideh, Composer/Guitarist/Music Producer in Amman, Jordan.  Jadal are one of the first Arabic rock bands in the region, starting their journey by grabbing listeners' attention with their cover of "Kol Ma Gool Al-Tobah" for the legendary Egyptian artist Abdel Halim Hafef--revamped in Jadal's Arabic Rock style. They then introduced their fans to their hit song "Salma" composed and written by Mahmoud Radaideh which created a great following in Jordan.  Their latest song is performed by Mahmoud Radaideh and Bader Helalat. 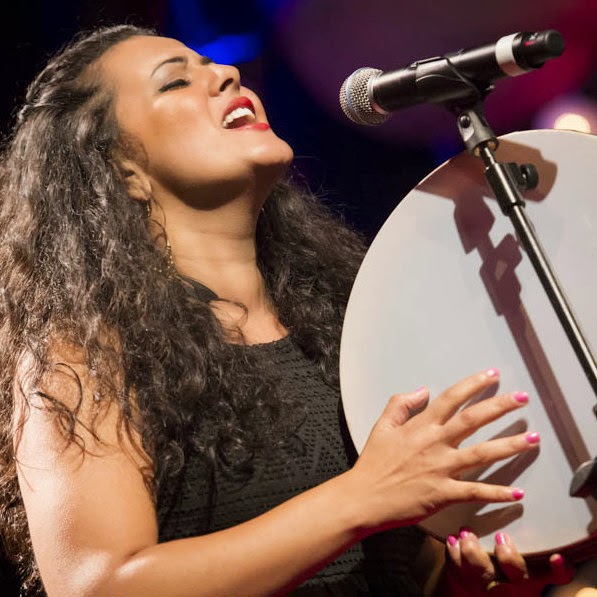 Dina El Wedidi is a name to remember for all those who love world music. She has managed to make her mark as a young Egyptian singer-songwriter who combines fiery contemporary sounds with her roots in Egyptian vocal music. Now she is making her solo debut on Valley Entertainment with the album "Turning Back".  Dina has written all the music for "Turning Back".. The album is the result of close cooperation with Egyptian arranger Nancy Mounir and American producer Miles Jay. The CD was recorded in Cairo and the musicians are all from Egypt. Among them we find Wael el Sayed on accordion, Hany Bedair and Mizo on percussion, Muhammad Ra'fat on drums, Nader El Shaer on kawala, Amin Shahine on arghoul, Seka on electric bass, Mohamed Adel on electric guitar, and Shady Nagy and Mounir Maher on acoustic guitars. The producer Miles Jay is also featured on double bass, lyra and bouzouki. The record was mixed in Oslo by Martin Abrahamsen. 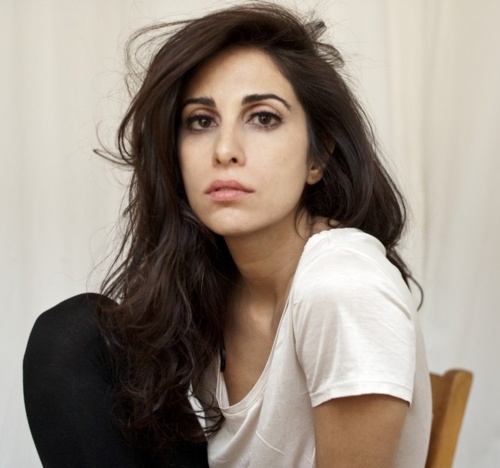 "Hal" is an entrancing song by Yasmine Hamdan which was written for Jim Jarmush's film " Only Lovers Left Alive”  The track is also included on Yasmine's groudbreaking CD Ya Nass.  Here are some of the lyrics:

I adore you
and if a day passes without sight of you
I forget you
but why this time i envisioned you
the absence awakens the craving , and from the heart
the night is long and the day passes in the heart 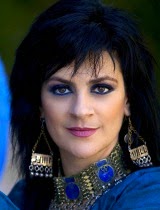 Reem Banna (Arabic: ريم بنا‎, born December 8, 1966) is a Palestinian singer, lyricist and composer, born in Nazareth. She has loved music and singing since her childhood and studied music and singing at the High Institute for Music “GNESINS” in Moscow (USSR) where she specialized in modern singing and conducting singing ensembles under the tutorship of famous artist and composer Vladimer Karobka. She has released several powerful CDs and was recently featured on Songs from a Stolen Spring--.where American and Arab artists sing duet and sing about about the eternal struggle for freedom. 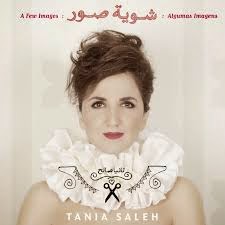 Tania Saleh's new album "A Few Images" was just released and already has been touted as one the best CDs of this decade. This is Lebanese singer Tania Saleh’s 4th indie/solo CD and contains 11 tracks that were mostly recorded with her own melodies and lyrics. The musicians are from Beirut (guitar, bass, drums, saxophone and various flutes) and Oslo (Piano: Kjetil Bjerkestrand, Vibraphone: Mathias Eick, strings from KORK). This CD is influenced by Brazilian music where Samba and bossa nova rhythms are mixed with Middle Eastern instruments + Arabic vocals.

Arabology is a radio program that is hosted by Dr. Ramzi Salti, Lecturer at Stanford University, showcasing music and other cultural productions from the Arab world. 'Arabology' airs on KZSU 90.1 FM (Stanford + San Francisco bay area).
Listen to this podcast below or this link.
arabology · Arabology 8.4 [Top 20 Alternative/Indie Arabic Songs of 2014] 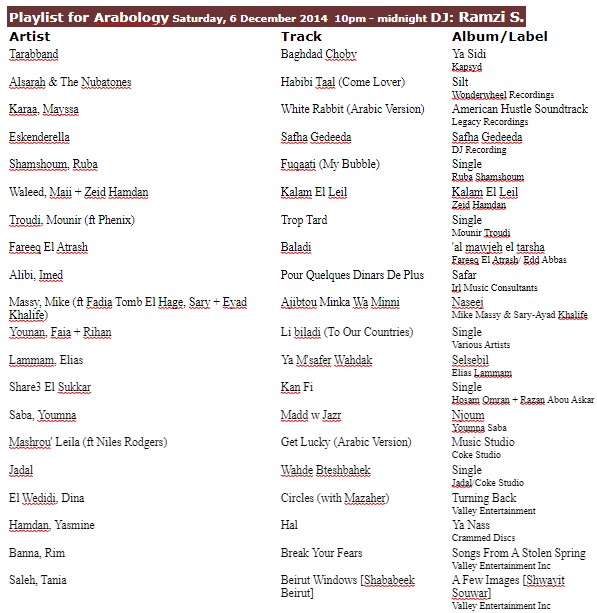