Watch the video below or at this link: https://youtu.be/AdRdwnio0UQ


In this interview, Tamer opens up about his artistic journey, his iconic pieces that pay homage to such Arab singers as Fairuz, Um Kulthum, and Sabah; his solo exhibit in Amman, Jordan (2019); his artistic venture with Jordanian singer Haifa Kama; his recent experience at the Arab Conference at Harvard-(where he helped raise funds for refugees); and his gorgeous new postcard set/series which, in collaboration with Souq Al Hanaa, benefits needy families in Lebanon.

To purchase Tamer's Eid/Holiday Postcard Set (where all proceeds go to support a family in need in Lebanon), check out Souq Al Hanaa at links below:
1. Buy through Etsy at https://www.etsy.com/listing/80636313...
2. Check out Souq Al Hanna on Instagram: https://instagram.com/souq.alhanaa

When Arabology radio host Dr Ramzi Salti first interviewed Jordanian artist Tamer Al Ahmar back in August 2018, the renowned digital artist's work was beginning to making a lasting impact on the artistic scene all around Amman. Since then, his unique digital ouevre--which has constantly aimed at re-imagining various cultural icons from Fairuz to Marilyn Monroe--has continued to take off in Jordan and beyond, including an invitation to showcase his work at Annual Arab Conference at Harvard University in March and a groundbreaking collaboration with Jordanian singer Haifa Kamal who hired Tamer to design the cover art of her new album.

The success of Tamer's work--a result of almost a decade of artistic expression--has now culminated in his first solo exhibition “Lessa Faker” which is taking place at Jacaranda Images in Amman from December 7-31, 2019 .  The exhibit enables anyone to both view and order all of the artist's design which he has made available as high quality prints and in different sizes--including the framed prints that are currently on display. 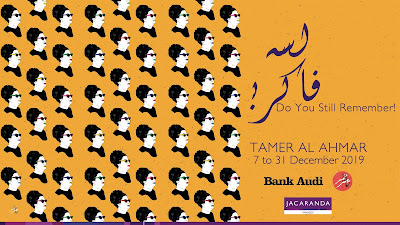 Here is a radio promo for the exhibition which aired on KZSU 90.1 FM (Stanford University) and includes personal message from the artist himself.  More exhibit info at this link:

Here are some recent pictures of Dr. Ramzi Salti's visit to Tamer Al Ahmar's exhibit where he was greeted by the artist himself who graciously signed some of his prints and promotional material. 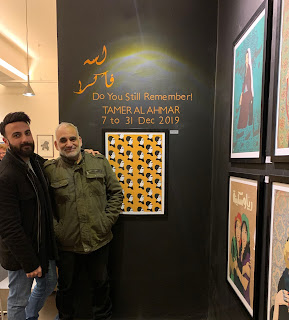 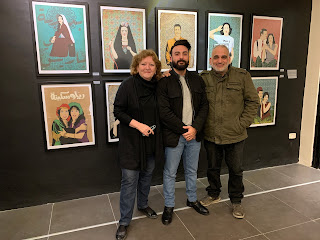 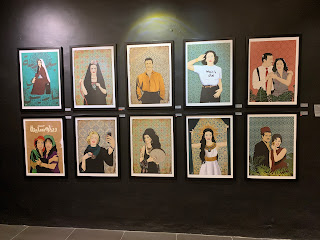 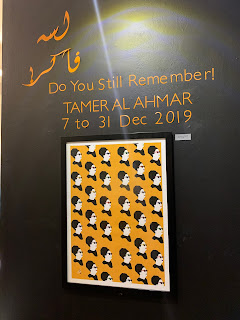 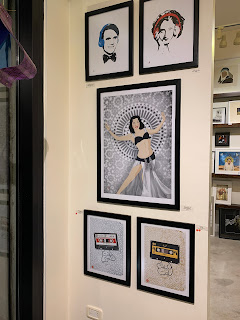 The exhibit is taking place from December 7-31, 2019 in Amman at Jacaranda Images, located at 18 Omar Bin Khattab St, next to book@cafe, First Circle, Jabal Amman, Amman, Jordan.  The event is free and open to the public.

You can also check out this audio-visual interview with Tamer Al Ahmar (in Arabic) courtesy of  MazajFM below or at https://youtu.be/KP17F4rWR7c

You can listen to Arabology's August 2018 radio interview with Tamer Al Ahmat below or at https://soundcloud.com/arabology/tameralahmar2 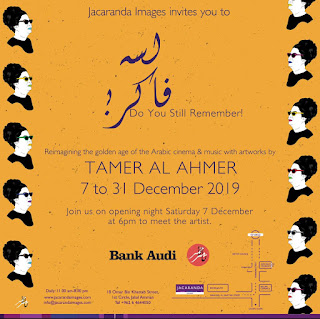 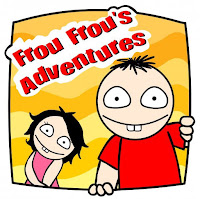