This article by Jane O'Brien just appeared on the BBC News website. To read the entire article, please go to http://www.bbc.co.uk/news/world-middle-east-13017564?ref=nf#story_continues_1 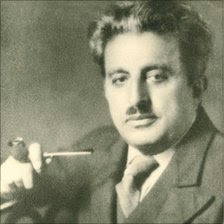 Ameen Rihani met the kings and leaders of his day

On the 100th anniversary of The Book of Khalid, the first English-language novel written by an Arab, the work seems remarkably relevant to the popular uprisings sweeping the Middle East today.

The Book of Khalid was written by Ameen Rihani, a respected Arab-American intellectual who was born in Lebanon in 1876.

It is the story of two Lebanese friends who migrate to New York.

He adopts a bohemian lifestyle, but comes to reject America's consumerism and returns to Lebanon to find spiritual satisfaction.

The book offers important insight into the complexity of Arab-American relations.'Uncanny connection'

"Rihani had this sense at the beginning of the 20th Century that both America and the Arab world were these great forces that would soon be unleashed and would determine future global politics," says Todd Fine, the director of Project Khalid, an effort to promote Rihani's work to a modern American audience. 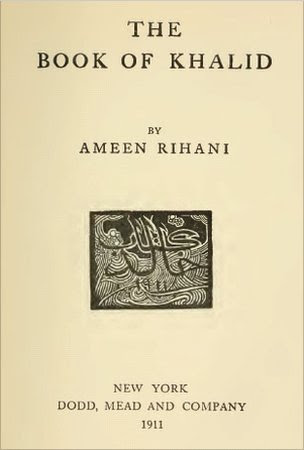 "The Book of Khalid is about how American values could actually inspire revolution from the Ottoman Empire," says Mr Fine, who is editing a new edition of the book, due to be published at the end of the year.

"In fact the novel even ends with riots triggered by Khalid in Damascus. It is this uncanny connection that makes me believe that if we revisit the relationship between the US and the Arab world through Rihani and through The Book of Khalid we can realise that we don't have tremendous differences."'Bridging East and West'

Echoes of Rihani's stand against tyranny and human rights violations were evident in the protests in Cairo's Tahrir Square which led to the overthrow of President Hosni Mubarak, says his nephew Ramzi Rihani.

"I think the message is about bridging East and West," he says. "This is why he resonates not only with the Arabs, but with the entire world."

Rihani believed he was uniquely positioned to bridge the two worlds and sought to do so through all his writings.

He immigrated to New York in 1888 at 11 years of age and grew up in Lower Manhattan, in a community known then as Little Syria, just blocks from where the World Trade Center would be built.
Continue reading the main story by going to the original BBC web site containing the full article.  Click here or go to:
http://www.bbc.co.uk/news/world-middle-east-13017564?ref=nf#story_continues_1
- April 12, 2011 No comments: