Legendary diva Fairuz performed on Sunday for the first time in Amsterdam. (AFP/Joseph Eid)
Holland Festival organizers were literally glowing with pride as legendary singer Fairuz stepped on stage on Sunday night (July 10. 2011) at Amsterdam’s Royal Theater Carré. The Lebanese diva was the closing act of the festival, which is the oldest and largest performing arts event in the country, and has been held every year in June in Amsterdam since its inception in 1947.

The creative director of the festival, Pierre Audi, who is of Lebanese descent, invested great personal effort in getting Fairuz to perform at the event. After 10 years, a deal was signed in the fall of 2010.

But the diva came at a price. No comments were made formally about the fees, but it seemed that Fairuz received in excess of $250,000 for her one and a half hour show. However, she did bring her own orchestra.

Unprecedented security measures were put in place for the performance: no cameras were allowed, not even press cameras, and every attendee was subjected to a triple body search. The queue at the entrance at one point exceeded 500 meters.

It was inevitable that the concert started almost an hour late. But once Fairuz stepped on stage, the audience enthusiastically chanted her name, while others clapped wildly and stamped their feet.

She performed a mixture of classics and new songs to an audience comprised of locals, Lebanese expatriates and Arabs from all over the Middle East. Some had even had flown over especially for the occasion. One Jordanian man who flew from Amman told NOW Extra that “it cost me a fortune to fly to Amsterdam, but I just had to see her perform live.”

Tickets prices ranged between $45 and $175. Business director of the festival Annet Lekkerkerker explained that the tickets were sold out within an hour of announcing ticket sales. In the weeks before the show, prices on the black market shot up to a stunning $300 per ticket. Since many were unable to attend the show, the concert was also relayed to a nearby park on a large screen.

But what was truly unique was the fact that half of the audience did not understand a single word of what Fairuz was singing. Two elderly ladies who attended the show said, “Wow! What a show, what a performance, and what a voice. We have no idea what she is singing about, but it sounds so incredibly beautiful.”
For full article and credits see http://www.nowlebanon.com/NewsArticleDetails.aspx?ID=286152

More info on the Amsterdam Concert may also be found on this Facebook page:
Facebook Page for Amsterdam Loves Fairuz
- July 13, 2011 No comments:

Over the past two decades, Sadouf Salem has made a name for herself as one of Jordan's most talented women artists/painters.  Her amazing artwork which adorns her personal gallery in Amman tells of a lifetime of experiences, love, pain, beauty and survival.

Sadouf sat with me for an exclusive interview on July 9th, 2011 at her gallery where she spoke about her art, her spirituality and her artistic journey towards self-acceptance.

You can also contact Sadouf directly via email at sadouf_salem@yahoo.com


Click on Play arrow below to listen to the interview and watch a slideshow of Sadouf's ouevre.


My exclusive interview with Sadouf Salem, a Jordanian artist whose works reflect a range of genres, combining Arabic calligraphy with various representations of the self.

Tania Kassis aka 'La Soprano du Liban' is a Lebanese artist who quickly rose to international fame when she released a song titled the "Islamo-Christian Ave" over a year ago in which she recorded the Ave Maria and intermixed it with the "Shahada" (the Islamic call for prayer).  The result was an outstanding track that aimed to highlight the common message of peace in both Christianity and Islam.

Last year, Tania released her first album which she called Oriental Colors and which included such amazing tracks as "Ounchoudat Beirut," "Jerusalem" and "Chou Ma Sar."  The CD is available on iTunes, Amazon.fr, MySpace and through the artist's website www.taniakassis.com.  She has also been touring extensively and spreading her message of peace, love and hope all over the world.

During my recent to Beirut, Tania Kassis very graciously agreed to an interview with me in which she spoke about her music, her life, her artistic journey and her hopes for teh future.  The interview will be intermingled with clips from Tania's music and will air on KZSU 90.1 FM (Stanford University) in the Fall of 2011.  In the emantime, I am giving readers of this blog exclusive access to the audio track from the interview which was conducted in July 2011 in Beirut, Lebanon.

Below are some pictures from my exclusive interview with Tania Kassis followed by Tania's video salute to Stanford University and KZSU listeners as well as video clips from Tania's spectacular repertoire of songs.

My Exclusive Audio Interview with Tania Kassis by author30 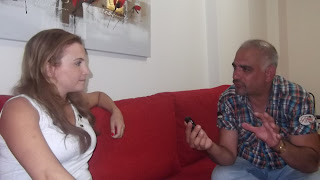 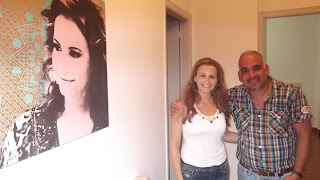 SAMPLE FROM THE REPERTOIRE OF TANIA KASSIS:

On Thursday June 30th, 2011 I had the pleasure of finally attending a special live concert by Mahsrou' Leila, one of Lebanon's ultra hip bands whose music has revolutionized the Lebanese underground/alternative music scene.  I had already bought and memorized their debut self-titled CD but nothing could have prepared me for the spectacular event which took place by the Mediterranean on a warm evening in Beirut.


Mashrou' Leila is made up of Haig Papazian, Carl Gerges, Omaya Malaeb, Andre Chedid, Firas Abou Fakher, Ibrahim Badr and Hamed Sinno, the amazing lyricist/main vocalist for the band whose vocal acrobatics, moves and energy have to be witnessed to be believed.


The band played several songs from their already released album (available on iTunes) and announced the upcoming launch of their latest EP titled 'Al-Hal Romancy.'  They also just unveiled their brand new website at www.mashrouleila.com


Here are some short clips from the spectacular June 2011 concert in Beirut (complete with fireworks at the end) plus pictures of yours truly with the band and the audience. 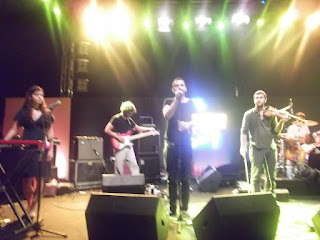 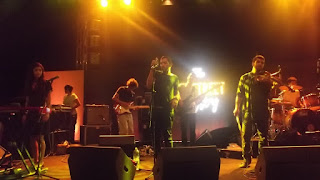 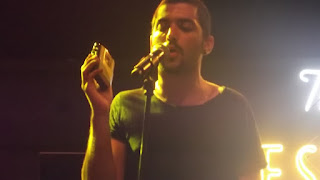 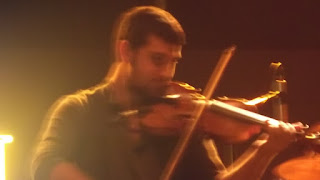 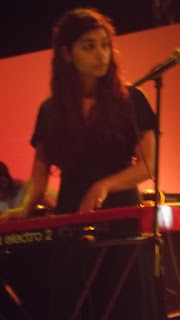 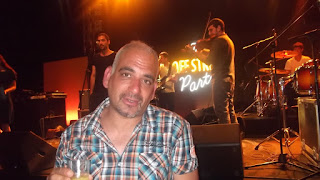 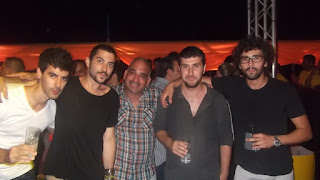 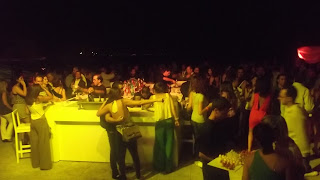 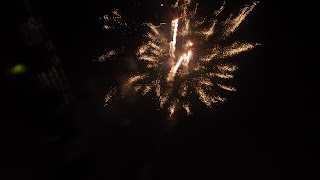