This episode features guest DJ Ahmad Al Arabi aka DJ Hyper who spins some of his amazing mixes on the show.

Description: This tri-lingual greeting is the way most people say hello in Lebanon where Arabic, French and English are spoken daily. This show will thus showcase music in all 3 languages.

The program premiered on March 1, 2011 and is hosted by Dr. Ramzi Salti of the African and Middle Eastern (AME) Languages and Literatures Program at Stanford University.

Dr. Salti's Blog 'Pop Culture in the Arab World' can be found at http://author32.blogspot.com

FREE DOWNLOAD in 2 Parts (DOWNLOAD AND SAVE TO YOUR COMPUTER by right-clicking on arrows at the bottom right of this page).

Rum Band/ Ya ruh/ Ya Ruh 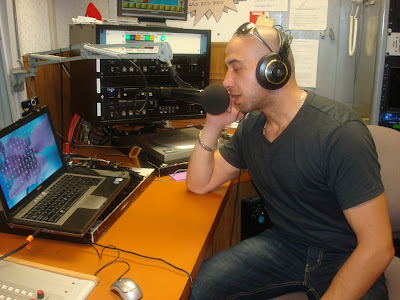 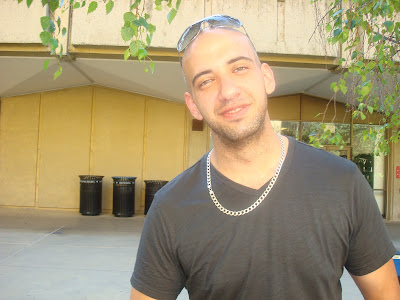 Additionally, this episode features a live report by Ahmad Qousi who reports--live from Jordan--about various social, economic, and musical trends in that country.


FREE DOWNLOAD in 2 Parts (DOWNLOAD AND SAVE TO YOUR COMPUTER by right-clicking on arrows at the bottom right arrows of this page).

The Lebanese band Pindoll has revived the famous 80's pop anthem "Tainted Love" with their own signature of jazz/rock fusion, led by all members of Pindoll (including Miran Gurunian) and produced by Philip Tohme. Philip is actually Tania Saleh's husband.

Philip and Miran Gurunian were also part of Blend, the first lebanese band to ever sign a record deal: they released an album, Act one, with EMI arabia. Here is Blend'sr wonderful single "Belong", a true reflection of the lebanese identity crisis:

Did the ADC Block Malek Jandali over 'Freedom' Song?

An entry that appeared on the Politico.com web site claims that the Arab American Anti-Discrimination Committee-- a longtime Washington civil rights group--repeatedly asked the German-born Syrian composer and pianist Malek Jandali to reconsider his piece choice, as Jandali told POLITICO. When he refused, Jandali says he was told today that he couldn't perform at this weekend's event.

Jandali's "Watani Ana: I am my Homeland" doesn't specifically mention Syria or the broader Arab Spring uprisings, but is heavy on the themes of freedom and liberty. Jandali calls it a "humanitarian song." But lyrics include "oh my homeland, when will I see you free" and "When the land is watered with the blood of martyrs and the brave/ And all the people shout: Freedom to mankind."

"I have nothing to say on that," ADC Vice President Nabil Mohamad is quoted as saying on charges that politics were the reason. The ADC cited logistical problems in canceling Jandali's performance. "You should get the facts," said Muhamad in a brief interview with POLITICO before declining to comment further.

The Syrian lesbian journalist whose blog has made her an unlikely hero of the Syrian uprising has reportedly been arrested.


According to new posts that appeared today on her blog "A Gay Girl In Damascus," the current whereabouts of regular author Amina Abdullah are unknown.
A writer identifying themselves as Rania O. Ismail, Abdullah's cousin, writes the following on June 6th:
Dear friends of Amina,
I am Amina Abdallah Araf al Omari’s cousin and have the following information to share.
Earlier today, at approximately 6:00 pm Damascus time, Amina was walking in the area of the Abbasid bus station, near Fares al Khouri Street. She had gone to meet a person involved with the Local Coordinating Committee and was accompanied by a friend.
Amina told the friend that she would go ahead and they were separated.Amina had, apparently, identified the person she was to meet. However, while her companion was still close by, Amina was seized by three men in their early 20’s. According to the witness (who does not want her identity known), the men were armed. Amina hit one of them and told the friend to go find her father.
One of the men then put his hand over Amina’s mouth and they hustled her into a red Dacia Logan with a window sticker of Basel Assad. The witness did not get the tag number. She promptly went and found Amina’s father.
The men are assumed to be members of one of the security services or the Baath Party militia. Amina’s present location is unknown and it is unclear if she is in a jail or being held elsewhere in Damascus.
I have just spoken with her father who is trying to locate her. He has asked me to share this information with her contacts in the hope that someone may know her whereabouts and so that she might be shortly released.
If she is now in custody, he is not worried about being in hiding and says he will do anything he can to free her. If anyone knows anything as to her whereabouts, please contact Abdallah al Omari at his home or please email me, Rania Ismail, at onepathtogod at gmail dot com.
We are hoping she is simply in jail and nothing worse has happened to her.Amina had previously sent me several texts to post should something happen to her and we will wait until we have definite word before doing so.
Salamat,
Rania O. Ismail

THIS WEEK (June 2; Episode 12) includes interviews with the Syrian-American inventor of YouTube Instant Feross Aboukhadijeh and Ahmad Qousi who discusses the music scene in Jordan and plays great songs from there.  Additionally, this episode premieres the classic song "Woman in Love" in THREE languages.

Listen by going to the link below then clicking on the arrows to the bottom right of that page to download (or right click to save).

If the link above doesn't work for you, you can click on the links below to listen.