The April 26 Podcast of Arabology (Season 2 Episode 3) features my interviews with Stanford students Lizzie Harmon--who recites and translates a poem by Nizar Qabbani--and Andrew Clauson who talks about his reads and discusses a poem by Ahmad Shawqi (see below for more details about these poems).

Show also features a live interview with Egyptian Standord student Marwa Farag, (Features Editor for "The Stanford Daily" and Co-President of the Arab Student Association at Stanford) who discusses her views on the Egyptian revolt and her identity as an Egyptian student at Stanford.

During this episode, Stanford student Elizabeth (Lizzie) Harmon recited a poem by Syrian poet Nizar Qabbani titled "الحاكم والعصفور" [The Ruler and the Sparrow] and then read her own translation of the work. Below the pictures is the poem in Arabic; to hear Lizzie's translation, you will have to hear the episode at THIS LINK. 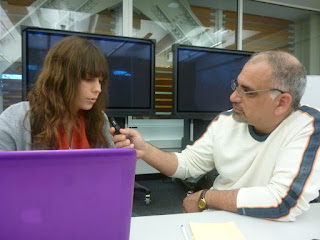 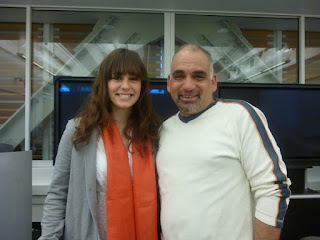 Here is the poem by Nizar Qabbani that Lizzie read on the show:


This episode also includes my interview with Stanford student Andrew Clauson who spoke about his Arabic studies and his stay in Syria and Jordan.  Andrew also read and discussed a poem by Ahmad Shawqi titled الديك والثعلب [The Roooster and teh Fox] which I am including below these pictures: 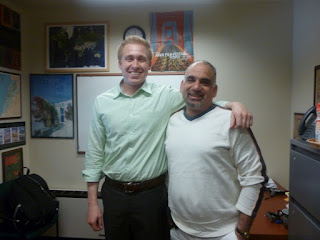 Here is the poem by Ahmad Shawaqi that Andrew recited on the show.  To hear Andrew's recitation, listen to the episode at  THIS LINK:

This episode also included my live interview with Marwa Farag who is the Features Editor for "The Stanford Daily" and Co-President of the Arab Student Association at Stanford.  Marwa discussed her views on the Egyptian revolt and her identity as an Egyptian student at Stanford.  Here are some pictures from Marwa's segment.  To hear the show go to  THIS LINK: 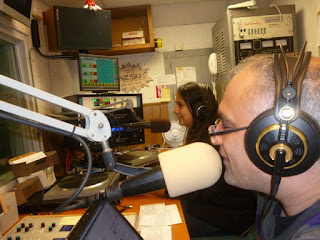 
AMENDS is a student-led initiative that seeks to connect and empower youth leaders from the Middle East, North Africa and the United States. Responding in part to the protests and revolutions sparked in 2011, two undergraduates were inspired to create a program that would foster increased dialogue and understanding between the United States and countries across the Middle East. Since then, AMENDS has grown into a diverse team of Stanford students who hail from all across the world. AMENDS is currently in its first year and it is sponsored by the Center on Democracy, Development, and the Rule of Law at Stanford.

AMENDS believes in the power of youth leaders to create positive social, political, and economic change, the necessity of sharing their ideas and experiences with the world, and the profound potential of collaboration and understanding between the Middle East, North Africa, and the United States. For more info, see amends.stanford.edu

Here are some of my pictures from the 2012 AMENDS Summit:

For more on AMENDS, see http://www.stanford.edu/group/amends/cgi-bin/

To read more about the AMENDS leadership, click here.

To read more about AMENDS’ board of advisors, click here.