Slides from Dr. Ramzi Salti's Talk about Lebanon at Stanford 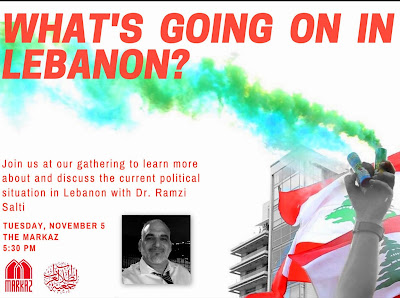 Here are the video highlights + slides accompanying Dr. Ramzi Salti's talk about Lebanon which took place at the Markaz (Stanford University) on November 5, 2019 at 5:30pm.

Watch video highlights from this talk below or at https://youtu.be/R-0_JSc9gyc 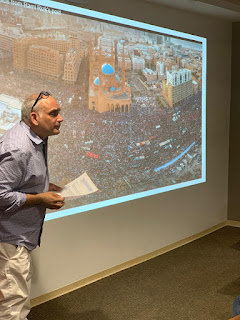 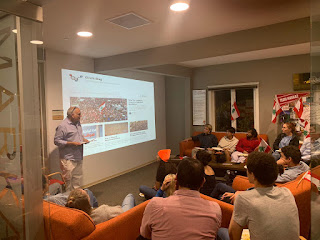 In this audio-visual lecture (recorded at Sijal Institute in Jordan in July 2019), Stanford Lecturer + Arabology radio host Dr. Ramzi Salti talks about the many ways in which the revolutionary music of the Arab Spring continues to fuel a new generation of artists and musicians--from Tunisia, Egypt, and Libya to Lebanon, Jordan, and Syria.  This video also includes a segment on Palestinian musicians who are creating new musical genres that aim at a better tomorrow.  Video concludes with extensive Q&A session.  Artwork by Jordanian artist Tamer Al Ahmar.

Watch the video below or at https://youtu.be/F5FeL3KssuA

This talk was meant to go along with THIS YOUTUBE PLAYLIST.

This talk was meant to go along with this playlist: 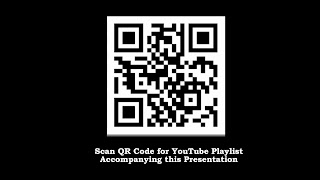 The latest single from 'Revolution Records' is titled May3rafsh Skoot - ميعرفش سكوت and addresses the current situation of the revolution in Egypt.  Here is the video clip which includes subtitles in English and Arabic (http://youtu.be/fkRYbwEupKw):

Inside the Arab Youth Quake


A generation once dismissed as politically supine has toppled two dictators and shaken up regimes across the Middle East. Who are the Arab youth, and what do they want?

At 6:30 p.m. on Feb. 15, as thousands of people gathered to protest against their ruler at a busy intersection in Manama, the capital of the small island nation of Bahrain, you could just about hear over the general hubbub the anthem of the young people who have shaken regimes from North Africa to the Arabian Gulf. It wasn't a verse from the Koran. It wasn't a traditional tune from the region. It was rap. A reedy female voice shouted out, several times, the first line of "Rais Lebled," a song written by the Tunisian rapper known as El Général. "Mr. President, your people are dying," the woman sang. Then others joined in. "Mr. President, your people are dying/ People are eating rubbish/ Look at what is happening/ Miseries everywhere, Mr. President/ I talk with no fear/ Although I know I will get only trouble/ I see injustice everywhere."
Bahrain, as it happens, doesn't have a President; it's ruled by a King, Hamad bin Isa al-Khalifa. No matter. The protesters in Bahrain knew that "Rais Lebled" was the battle hymn of the Jasmine Revolution that brought down Tunisia's dictator, Zine el Abidine Ben Ali, and that it was then adopted by the demonstrators in Cairo's Tahrir Square who toppled Hosni Mubarak. Now it had come to Bahrain, as rage against poverty and oppression swept the Arab world from west to east. It isn't just songs that are being copied: in a nod to the Egyptians, organizers in several countries have dubbed their demonstrations Days of Rage, and the popular Tunisian chant, "The people want the regime to fall," has been taken up by protesters from Algeria to Yemen.

But the most important things 2011's protests have in common don't come from copying — they come naturally. All of the revolts are led by young men and women, many of whom are novices at political activism. All use modern tools, like social-networking sites on the Internet and texting over mobile phones, to organize and amplify their protests. And all have the same demands: a right to choose and change their leaders, an end to rampant corruption, the opportunity for employment and improvement. "Whether you're in Tunis or in Cairo or in Manama," says Ala'a Shehabi, 30, a Bahraini economics lecturer and political activist, "young Arabs are all on the same wavelength."
In less than two months, this generation has already wrought political change on a scale not seen since the end of the Cold War. The class of 2011 has felled two despots and forced other famously inflexible rulers to make concessions, some dramatic (Yemen's longtime President Ali Abdullah Saleh has promised not to run for re-election) and some desperate (King Hamad has offered every Bahraini household the equivalent of $2,700). And all this was achieved by largely peaceful demonstrations and despite the absence of clear leaders.

There may be more to come. Growing protests in Bahrain and Yemen could lead to greater concessions from their rulers. And the Arab uprising has already given a boost to the flagging Green Revolution in Iran. (That, in turn, has provoked a fierce crackdown by government forces.) There have also been demonstrations in Libya against the regime of "Brother Leader" Muammar Gaddafi. So who are the Middle East's new revolutionaries? Where do they come from, and what do they want?
Getting the Young People Wrong
Even those who have watched this generation come of age in the Middle East struggle to explain its sudden empowerment. "These young people have done more in a few weeks than their parents did in 30 years," says Hassan Nafaa, a political-science professor at Cairo University. "They are the Internet Generation ... or the Facebook Generation ... or just call them the Miracle Generation."
Yet not so long ago, these were the men and women who were being called the lost generation. For years, Middle East experts had described Arab youths as frustrated but feckless: they disliked and distrusted their authoritarian rulers, they keenly felt their limited economic prospects, but they were too politically emasculated to press for change. They were thoroughly intimidated by the Mubaraks and Salehs, together with their ubiquitous, Orwellian spies and secret police; they were disillusioned by the failed attempts at rebellion by their parents' generation. Western observers were not alone in misreading this generation's potential. "If you had said some years ago that my students would be responsible for democratic change in Egypt, I would have laughed," admits Nafaa.

According to the old narrative, the only outlet for youthful dissent lay in Islamic extremism and violence. A much cited 2003 Brookings Institution report on Arab youths warned that they were being raised in an environment of religious radicalism and anti-Americanism. "These values," the report argued, "thus become the formative elements of a new and dispossessed generation, auguring badly for the future."
The auguries were wrong. In reality, Arab youths were a big part of the silent, moderate majority. In virtually every Arab country, more than half the population is less than 30 years old. And like young people everywhere, most of them prefer the freedom that comes with democracy to the straitjacket of political autocracy or rule by religious conservatives. A survey of youths in nine Arab states released in 2010 by the p.r. firm Asda'a Burson-Marsteller showed that they ranked democracy as a greater priority than good civic infrastructure, access to the best education or even fair wages.
See TIME exclusive photos of uprising in Cairo.
Read "Arab Revolution: Will Algeria's Regime Be the Next to Fall?"