Arabology's interview with Omar Kamal aka "The Arab Sinatra" was recorded on November 18, 2016 at KZSU 90.1 FM (Stanford University).  It includes a sample of Omar's English songs and such Arabic songs as 'Mawtini موطني'.

Listen below or at https://soundcloud.com/arabology/omarkamal 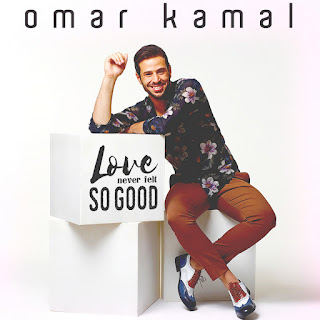 Omar's single "Love Never Felt So Good" is accompanied by an elegant video clip which was filmed in Rome.  The video has already amassed over 74,000 views on YouTube.

You can watch the video below or at https://youtu.be/TzARLrJHkeM

My interview with Omar Kamal also featured some of his earlier English tracks, included this Sinatra cover which, sadly, will not be featured on his upcoming album.

Omar Kamal | عمر كمال "What Are You Doing The Rest Of Your Life
Listen below or at https://youtu.be/wSDg_x9XPGM

The interview, which was conducted in English and Arabic, also featured a selection of Omar's songs in Arabic.  Of those, we will highlight his critically acclaimed version of "Mawtini موطني " and his performance of Les Miserables in Arabic.  Both are featured below:


For more info about Omar Kamal:

To listen to Arabology's radio interview with Omar Kamal, click below or go to https://soundcloud.com/arabology/omarkamal