On April 29, 2011 Syrian-American Hip Hop artist Omar Offendum, whose album SyrianamericanA has been receiving rave reviews, recently agreed to stop by an Arabic Language classroom at Stanford University where he was scheduled to perform, later that day, as part of the Human Writes Project Artist Workshop titled "Brooklyn Beats to Beirut Streets" (see next blog entry for more on that amazing performance).

During his classroom visit, Offendum spoke to the students about his life, inspirations and aspirations.  He also recited  poetry to the students--in Arabic and in English--and responded to questions by students who were clearly moved by his poetic talent and insprational presence.

During this visit, Omar Offendum also sat down for an exclusive interview with me which I recorded and will air as part of my upcoming radio program, "Hi Keefak Ça Va" on KZSU 90.1 FM (Stanford) this Thursday May 5 between 4-6 PM (PST).  You can stream/listen to the live broadcast at http://kzsulive.stanford.edu

Here are some pictures followed by short video clips from Omar Offendum's visit to the Intermediate Arabic class at Stanford.  Check out the videos below the pictures below. 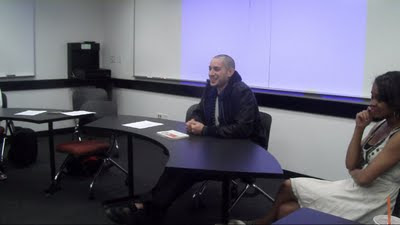 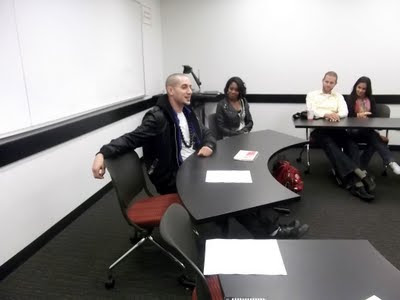 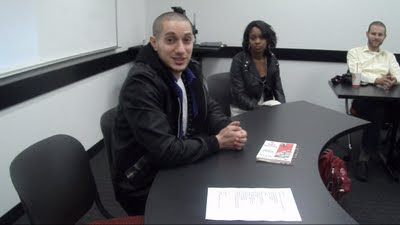 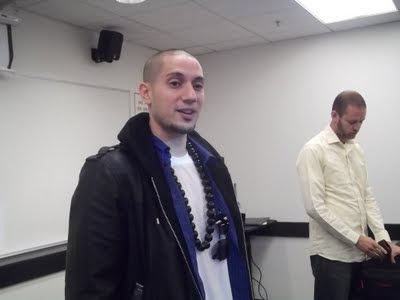 Here are some short video clips from Omar Offendum's Stanford classroom visit including (1) A clip in which he speaks about his life so far (2) A poem in English titled "Rivers" and (3) a short segment from an Arabic/English poem that he recited/rapped in rhyming couplets, much to the delight of students who gave him a standing ovation.