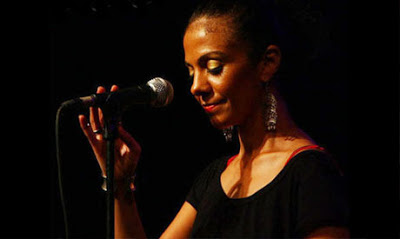 Born and bred in Alexandria, Donia Massoud left for Cairo at the age of 21, alone and independent, to the outrage and chagrin of her family. After a number of experiences on stage, both singing and acting, Massoud began a three-year journey searching for and documenting folk poetry and music. She traveled the length and breadth of the country, from Suez to Upper Egypt, to learn and study the musical repertoires of ordinary people.

On her return, she founded her own independent troupe of musicians, with whom she now tours Europe, Asia and Africa performing Egyptian folkloric songs. She also joined both the Fathi Salama group and Al- Warsha troupe, which gave her a way to be in touch with local audiences.

All she has to do is step on stage, alone, and she takes on a very special character of her own -- a style she herself describes as "a coquettishness reminiscent of Shadia and Soaad Hosni [two legends of Egyptian cinema] as they were in the 1940s and 1950s."

Here are some video clips showing Donia Massoud's talent on stage, from her singing style to the way she engages and plays up to the audience:

For more on Donia Massoud [Masoud]: