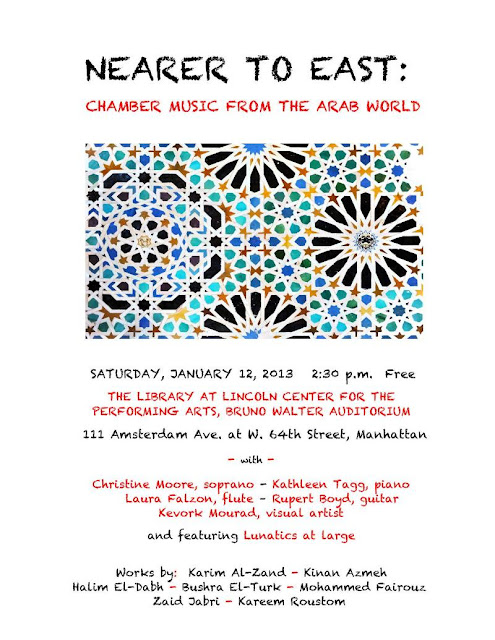 Many great musicians and other artists have appeared at the Bruno Walter, including James Levine, Renata Scotto, Elliott Carter, Pete Seeger, Bobby Short, Suzanne Farrell, and members of the Met Opera and NY Philharmonic, to name a few, so we are happy to have been invited to perform in this venue. In February of 2011, the Library honored the great Egyptian composer Halim El-Dabh in a musical celebration of his 90th birthday.

This event has gained interest on WNYC/WQXR, the No.1 public and classical radio station in New York and will be broadcast.
Email Post
Labels: Arabic Chamber Music Bushra El Turk Christine Moore Nearer to the East