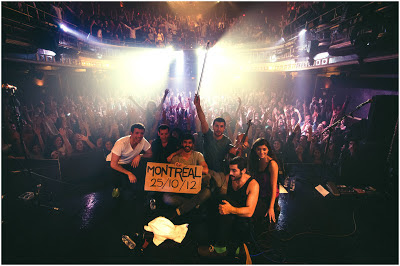 Here is a video clip from the Montreal concerts:

Upon the group's return to Beirut, Lebanon, the band's lead vocalist, Hamed Sinno, performed with Piers Faccini on November 25, 2012 at Music Hall . Here is a teaser from that event:

For more on the band, see http://mashrou3leila.com/