The concert by Rahim Alhaj w/ Issa Malluf which took place at Freight & Salvage in Berkeley, CA on Saturday, May 05, 8:00 pm.left audiences in a trance, some moved to tears, and others simply astounded by this twice Grammy-nominated oud virtuoso and composer.  Palestinian-American percussionist, Issa Malluf, accompanied the performance.

Rahim Alhaj finds in his ancient instrument a unique voice that speaks passionately to contemporary listeners of every musical background. Born in Baghdad, Rahim creates music that delicately combines traditional Iraqi maqamat(melodic modes) with contemporary stylings and inﬂuences, translating into intensely lyrical music the suffering, joy, and determination that he has experienced in his life as an Iraqi, a political refugee, and today as an American citizen. Maintaining a subtle dialogue of Eastern and Western sounds, his compositions flow gracefully from high-spirited, virtuosic displays to delicately nuanced pieces, establishing new concepts without altering the foundation of traditional Iraqi oud music.

Rahim studied the oud (six-stringed lute), one of the principal traditional instruments of the Arab world, under famed musicians Munier Bashir and Salim Abdul Kareem at the Institute of Music in Baghdad. Forced into exile in 1991, he taught and performed throughout the Middle East before relocating to Albuquerque, New Mexico. Since coming to the United States, Rahim has released several recordings, two of which earned him Grammy nominations. His most recent recording, Little Earth, symbolizes his global vision with a selection of duets with far-flung musicians—from guitar master Bill Frisell to Cape Verde vocalist Maria de Barros—united by his unique musical vision.

Here are some pictures from the concert: 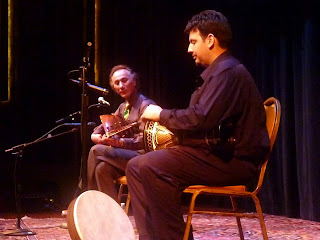 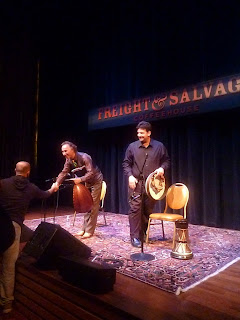