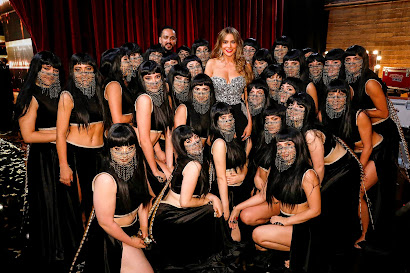 Lebanese dance group Mayyas مياس  has just won TV's  “America’s Got Talent” 17th season--including its $1 million prize and a headlining show at the Luxor Hotel and Casino in Las Vegas.  In doing so, the all-female dance troupe brought much joy and pride to their native country which has been in turmoil for years.
In their breathtaking winning performance in the finale, Mayyas brought together traditional belly-dancing techniques from the Arab world combined with influences from India.
Watch at https://youtu.be/G5MyQdGsQOo
During the climactic final number, the group formed a snow-covered cedar tree, Lebanon’s national symbol--a move that left audiences worldwide in awe.
Lebanon's Prime Minister Najib Mikati congratulated Mayyas on social media, while President Michel Aoun said that he will award the dancers Order of Merit medallions upon their return.
Mayyas first excited AGT fans with an amazing audition in June 2022. Judge Sofia Vergara was so impressed that she gave the group her Golden Buzzer and sent them straight to the live shows. She remained the Mayyas's strongest supporter among the judges this season.
Watch at https://youtu.be/ZD0doCSkBY8