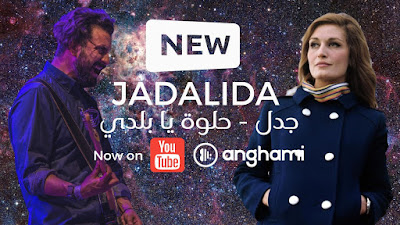 Jordanian Arabic Rock band JadaL, which was formed in 2003 by Composer/Music Producer/Guitarist Mahmoud Radaideh, has just released a new single that revives one of Dalida's most celebrated songs "Helwa Ya Baladi" but with a rock twist. The project/song carries the name of JADALIDA (Jadal+ Dalida) and is available below on YouTube at https://youtu.be/_bQBGeFmsc8

The original song, recorded by Dalida back in the 1970's, can be viewed below or at https://youtu.be/aUPSBCDUeXA
at February 25, 2021