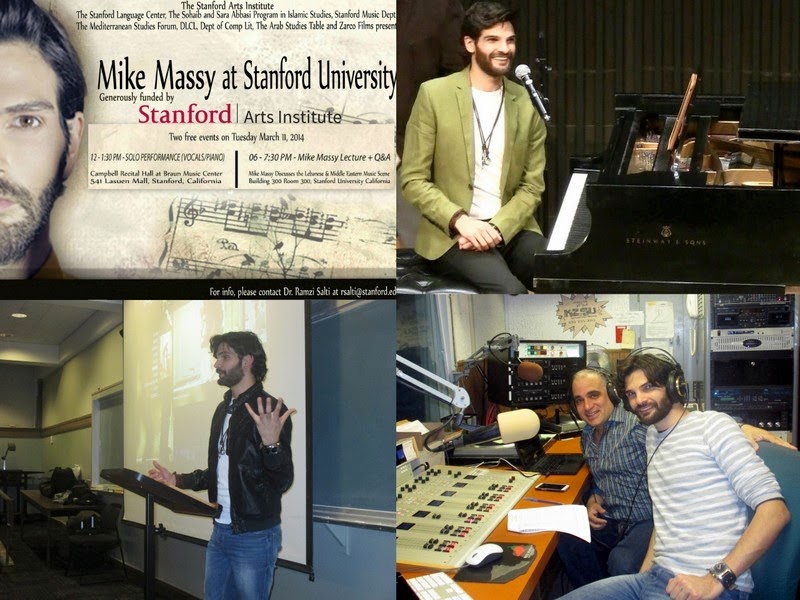 Mike Massy's two events at Stanford on March 11, 2014 were as fantastic as they were memorable--leaving the Stanford community and fans in awe of this Lebanese singer and his unparalleled talent. The events were made possible via a grant from the Stanford Arts Institute plus the Stanford Language Center, The Sohaib and Sara Abbasi Program in Islamic Studies, DLCL, Dept. of Music, The Mediterranean Studies Forum, Dept. of Comparative Literature, and The Arab Studies Table.


The first event took place at noon and featured Mike Massy live at Campbell Recital Hall at the Braun Music Center. Accompanied by a grand piano, Mike sang a selection of his hits including 'Ya Zaman' and 'Khalasna Baa' while also premiering a new song from his upcoming album. Perhaps the highlight of this performance, however, was when Mike Massy invited members of the audience--mostly Stanford students of Arabic--to join him on stage in singing 'Ghayer Lawn Ouyounak.' That moment will remain engraved in everyone's memory as Mike played the piano, sang the main vocals and was accompanied by a dozen students on stage singing, in Arabic, along to the song whose lyrics they had learned in class.  The event was very well attended and included dozens of Stanford students plus such esteemed faculty members as Professor Stephen Hinton (Music), Professor Anna Schultz (Music), Lecturers of the Arabic Program at Stanford, and many others.  See pic below. 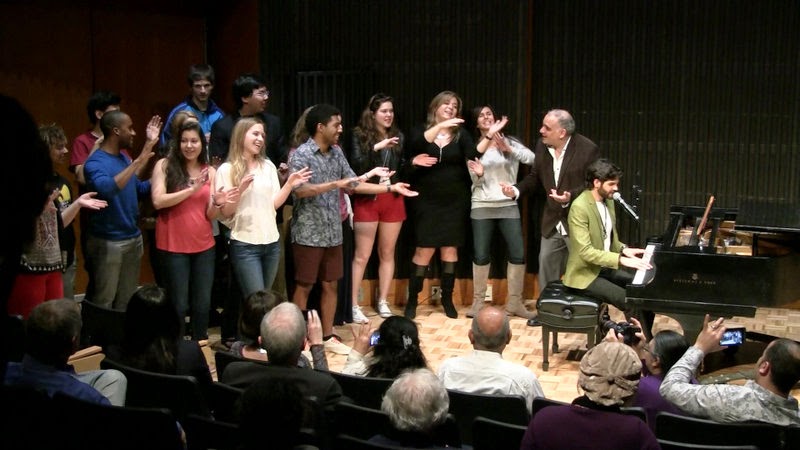 The second event featured a lecture by Mike Massy Lecture on Middle Eastern Music + Q&A and took place in Building 300 Room 300. During this lecture, Mike Massy showcase his amazing vocal acrobatics as he gave the audience live audio samples of the various musical genres he discussed.  See pic below. 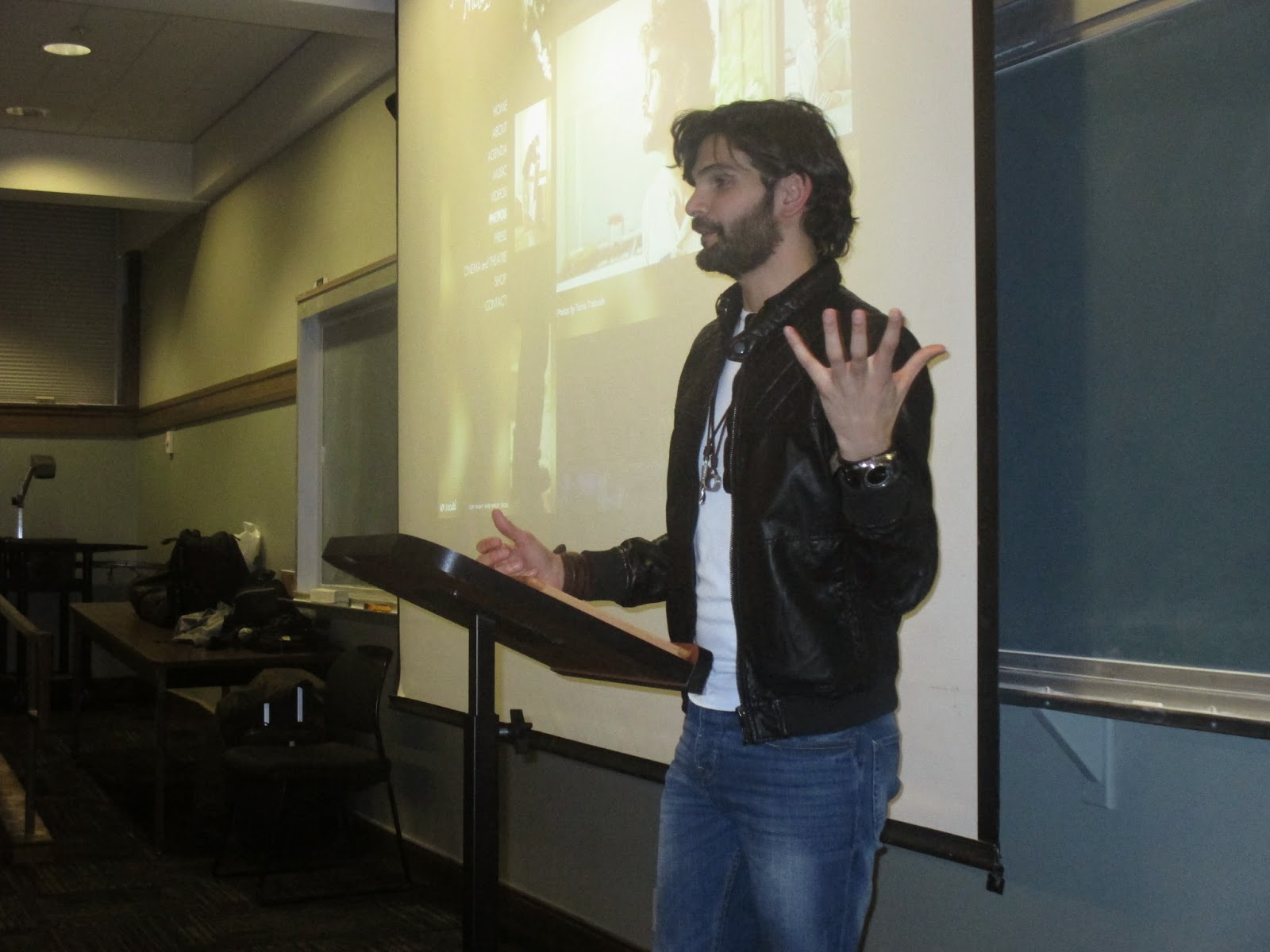 Highlights from Mike Massy's two events were featured during the March 13, 2014 Arabology podcast.  You can listen to the podcast below or at https://soundcloud.com/arabology/arabology-s7e9-mike-massy-at (followed by show's playlist).