Message from Mashrou' Leila in Support of their upcoming album 'Raasuk' 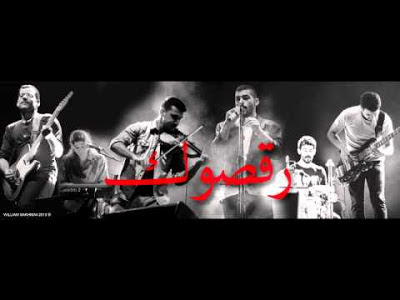 MESSAGE FROM THE BAND:  http://youtu.be/WU2caaG4CBU

We are Mashrou' Leila, a Beirut-based indie band. You can check out some of our music on www.mashrou3leila.com.

We got together back in 2008, and we've managed to make it through the last 5 years, getting more and more involved and obsessive about our craft, because of the continued support of our friends, fans, and supporters.

We spent the last two years meticulously writing our third album. That's the longest time we've spent writing, because we wanted to create something superior to anything we've released before. While writing, we gigged all over, trying to raise funds for the recording. Then when we finally hit our budget, we flew all the way to Montreal, to record the album in one of the best studios in the world.

And we think it sounds amazing.

The album is about everything: love, lust, mourning, social control, Lebanese politics, the Arab spring, and most importantly, dancing. We challenged ourselves musically and lyrically to try to get out of our genre. We recorded in optimal conditions, and rearranged our compositions over and over again till we had we thought was good enough for our incredible supporters.

Although the worsening political situation in the Middle East makes it increasingly difficult to get our stuff published, we really want to get this album out. If for nothing else, we want to release the album to prove to ourselves and everyone around us, that at least part of all the changes in the region are in the name of free speech, be that in a protest, a censored newspaper article, or a concert that the government won't support. We want this to be the biggest independent music release the Arab world has seen.

But all of that costs a lot of money, and that's where ZOOMAAL comes in.

ZOOMAAL is the first crowd-funding platform looking to help the ambitions of independent talent in the Arab world. Like us, ZOOMAAL is fed up of the paralyzing slow support formally offered to Arab artists, especially the ones that don't fit into conservative moulds. And we are their first project. So they're turning to the most effective means for help: YOU.

Down With The Choreographer

This is where you guys come in. We're going to need at least 66,000$ to make it happen, although the more money we raise, the more cities we can visit, the more elaborate our videos can be, and the more music we can spread.

But since there is no real money or support in the Middle East for independent artists or musicians without boob jobs, we are asking you to help fund our third album.

Tell your friends, tell your family, tell your lovers. Tell the fanatics, the moderates, and the liberals. And when you do, make sure you also tell them change is coming, and it doesn't have implants.

Other Ways You Can Help

Any and all contributions matter. Even the smallest of contributions will help us hit our target. If you simply can't donate, then spread the word. Share this on Facebook, Twitter, Instagram, Tumblr, and whatever other social media platforms you're using.

Here is the track 'Lil Watan' from the upcoming album: http://youtu.be/jHgbuqqbBSk


Here is Mashrou' Leila's 'Ma Titrikni Haeyk/Sawsan (the Lebanese version of 'Ne Me Quitte Pas'), a song that is included on their 'Live in Baalbek' DVD. This video has the lyrics in Arabic too: http://youtu.be/zrF7t057yA4