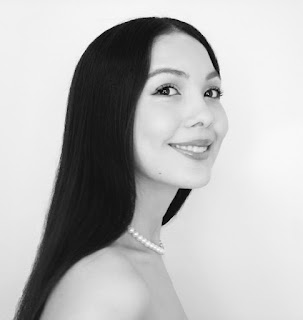 Born to a Palestinian artist father and a Japanese schoolteacher mother, opera singer Mariam Tamari grew up in Tokyo, Japan.

A graduate of Bryn Mawr College, Tamari majored in music and philosophy. She made her lead opera debut in as Adina in L’Eliser d’ Amore at the Nissay Theater in Tokyo. Tamari has also performed as Kate in Madame Butterfly, Jeanne, in Jeanne d’ Arc au Bucher, Ivy Smith in On the Town, and as Maria in West Side Story. She currently performs as a soloist and recitalist in Japan, the U.S., Europe, and the Middle East.

Respected around the world, she has performed for the Emperor and Empress of Japan and the King and Queen of Jordan. She has been described as having "special flair for French melodies" and hailed for her "lucid musicality" and "virtuosity."

Here is a video clip of Mariam Tamari performing in Ramallah in December of 2010: