On Feb 17, 2015, Sherene Seikaly (University of California, Santa Barbara) spoke at Stanford University about "Egypt's Bread Intifada: On the Subject of the People." The talk was sponsored by the Abbasi Program in Islamic Studies, the Arab Institute, and CDDRL's Program on Arab Reform and Democracy. 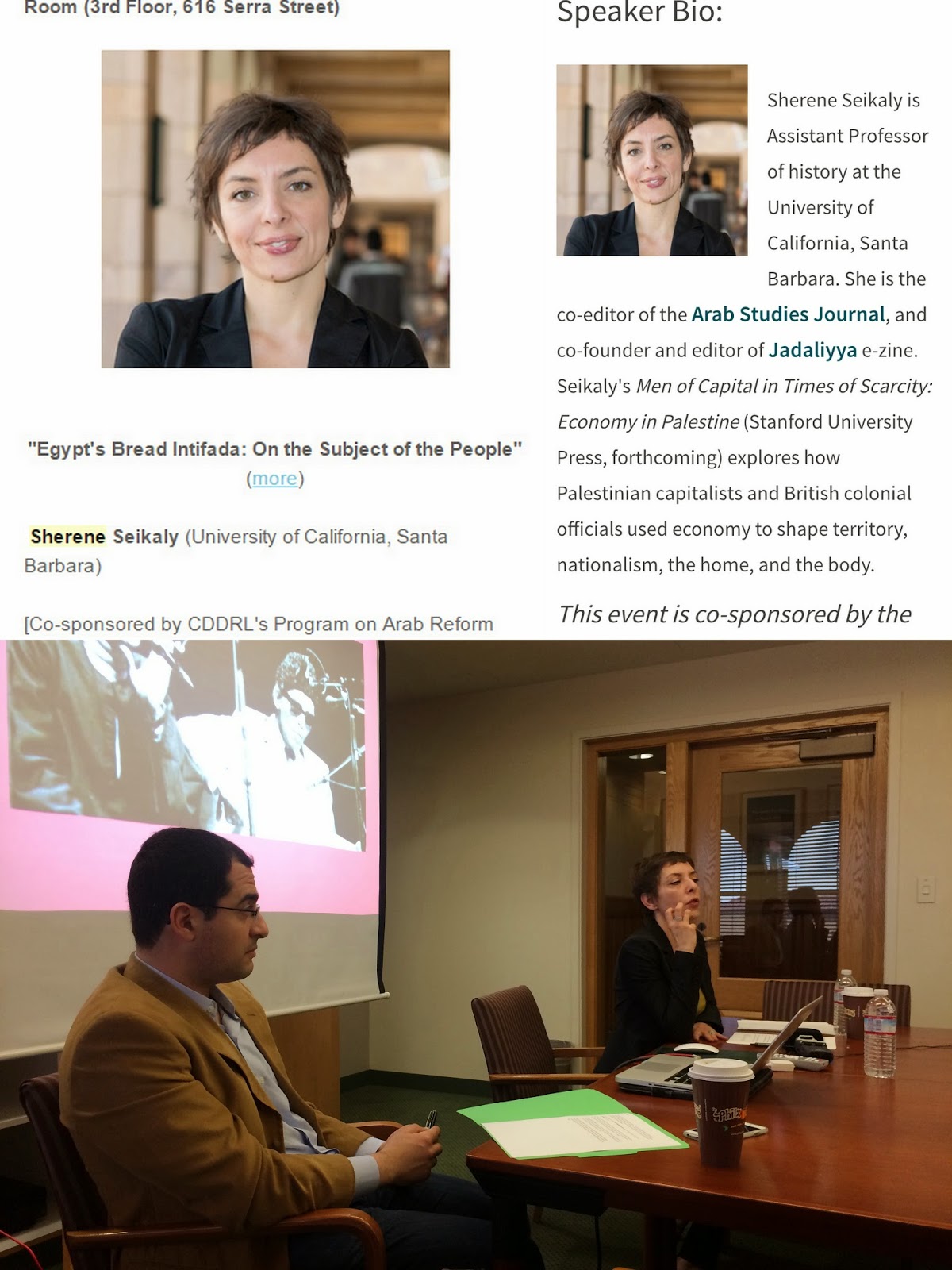 Abstract:
Over the last four years of upheaval in the Arab world, the notion of “the people,” Egyptian and otherwise, has proven profoundly resilient. It is these “people”—as individuals and a collective—that are problematically celebrated as subjects finally fulfilling their long-awaited destiny; dismissed as passive objects duped by external forces and incapable of politics; or incited against as dangerous masses capable of destroying the nation. A return to the historical moment of the “Bread Intifada,” of 1977 interrupts the narrative resilience of the alternating sleep and wakefulness of the Egyptian, and more broadly the Arab people. By engaging 18-19 January 1977 as a moment of politics and popular sovereignty, this project challenges who and what count as political, rational, and legitimate. The role food played in protestors’ and government strategies and demands reveals how basic needs function as a trigger of social upheaval as well as a vehicle of political containment. This project attends to the roles that poverty and hunger play in politics in order to detail critiques of the open door policy. It explores how government officials, journalists, and protestors defined and ultimately contained the “poor” and the “hungry.” More importantly, by studying how protestors narrated and represented themselves and the tools they used to make their claims, this project troubles the construction of the “people.” In so doing, it explores continuity and rupture between 1977 and 2011.

Sherene Seikaly is Assistant Professor of history at the University of California, Santa Barbara. She is the co-editor of the Arab Studies Journal, and co-founder and editor of Jadaliyya e-zine. Seikaly's Men of Capital in Times of Scarcity: Economy in Palestine (Stanford University Press, forthcoming) explores how Palestinian capitalists and British colonial officials used economy to shape territory, nationalism, the home, and the body.
at February 21, 2015