Dr. Ramzi Salti's Arabology radio show + podcast were among the works that were celebrated during the 25th Annual Publication Celebration which took place at The Stanford Humanities Center on March 6, 2018. 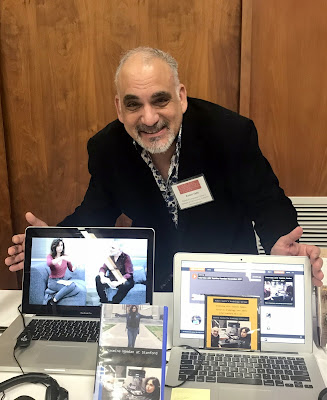 The event included kind remarks by Stanford Provost Persis Drell, seen below as she interacted with the Arabology audio-visual display.

The special Arabology episode that was honored for 2017-18 included an interview with Lebanese singer Yasmine Hamdan who graced the Stanford campus in November 2017.  That interview, available in full on YouTube, was chosen as Arabology's best interview for 2017-18. 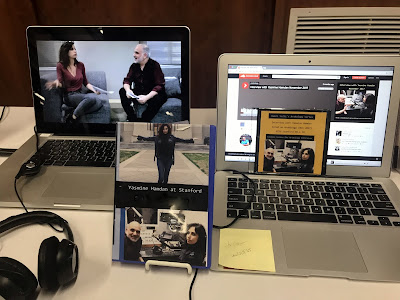 You can watch Dr. Ramzi Salti's interview with Yasmine Hamdan below or at this link: https://youtu.be/2U_UUQlFs3Q

Arabology is a radio program that is hosted by Dr. Ramzi Salti, Lecturer at Stanford University, showcasing music and other cultural productions from the Arab world. 'Arabology' airs on KZSU 90.1 FM. This was the fifth time that Arabology has been honored at Stanford's Publication Celebration. 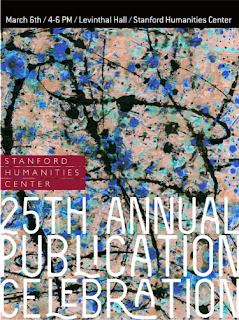