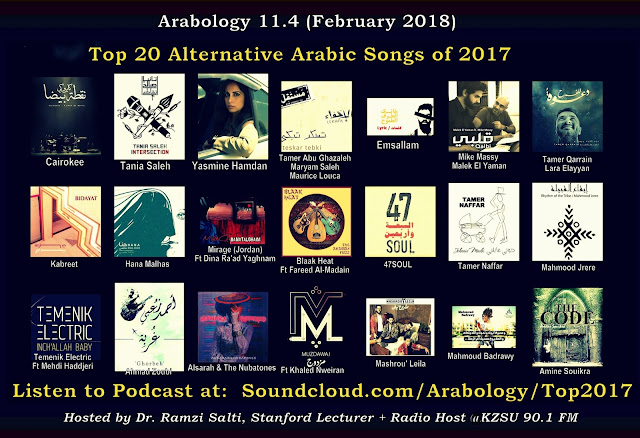 The latest episode of Arabology (aired February 2018) featured the Top 20 Alternative/Indie Arabic Songs of 2017--according to an unofficial poll of selected Stanford students and KZSU 90.1 FM listeners.  You can listen to the show below or at https://soundcloud.com/arabology/top2017

Now in its 7th year, Arabology is a radio program that is hosted by Dr. Ramzi Salti, Lecturer at Stanford University, showcasing music and other cultural productions from/about the Arab world.  The program airs on KZSU 90.1 FM (Stanford University) and previous podcasts can be found here.