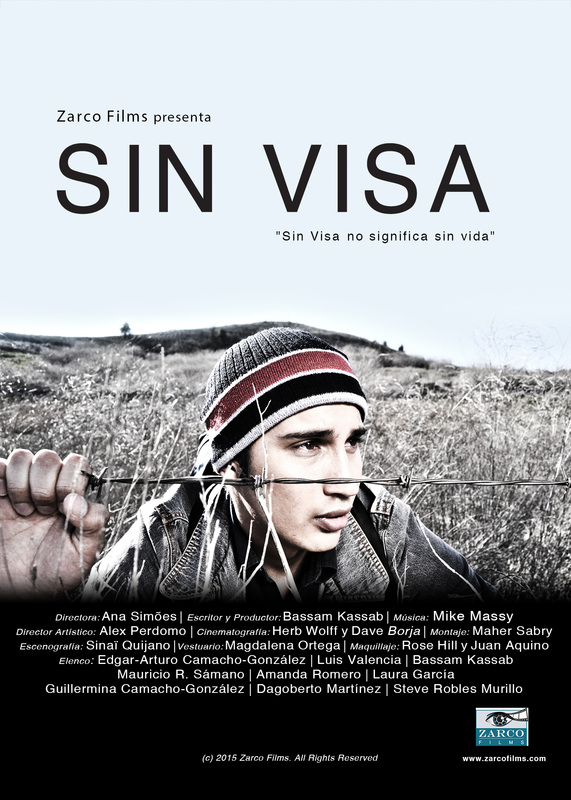 Sin Visa is an independent, poignant film that broaches the topic of immigration in a powerful, thoughtful and unique way.  At a time when immigrants seem to be systematically portrayed en masse by so many media outlets, this film succeeds in humanizing the immigrant experience by reminding us all of the individuality and uniqueness of every immigrant that has ever crossed the border.

Sensitively written, in Spanish, by Bassam Kassab, this 81-minute drama takes us upon the often horrifying journey of Marco, a 17-year old Mexican who crosses the border in search of work, security, and a better life.  What he finds instead is that the road ahead is filled with treachery, exploitation, and a total lack of humanity.

This is not to say that this film does not offer hope, for the script does introduce us to characters that actually help Marco in overcoming various obstacles while adjusting to his new life.  These multi-ethnic characters serve to underline the need for various immigrant communities to support each other and, as such, offer a fresh and realistic alternative to traditional immigrant narratives.

This film was brilliantly directed by Ana Simoes, nicely edited by Egyptian Director Maher Sabry, and features a moving performance by Edgar-Arturo Camacho-Gonzales in the part of Marco.  That strong lead serves to keep the film on track and enables us to truly understand the real and constant danger that defines the lives of so many immigrants to the US.  The rest of the cast is also quite impressive and, at times,  so believable that one starts feeling that one is watching a real-life documentary instead of a fictional drama.

The film's soundtrack is also quite worthy of praise and includes new songs, in Arabic and Spanish, by Lebanese singing sensation Mike Massy.  Massy's voice is perfectly suited for the kind of  ballads, lamentations and odes that set the somber mood of the film.  One of the songs 'Ya Ummi' (written in Arabic by Bassam Kassab and recorded by Mike Massy) is so heart wrenching that several members of the audience could be heard literally sobbing their hearts out.

This film is highly recommended for anyone who is seeking a different way of broaching the topic of immigration all over the world today.  It contains some scenes that can be disturbing for some but none of these are gratuitous or sensational in nature.  They are, however, quite haunting as one feels the after-effects of this film long after having watched it.

For more info, see http://www.zarcofilms.com/sin-visa.html
For my interview with Bassam Kassab: https://soundcloud.com/arabology/arabology99#t=15:33


PICTURES FROM SIN VISA PREMIERE AT THE ROXIE (SAN FRANCISCO):