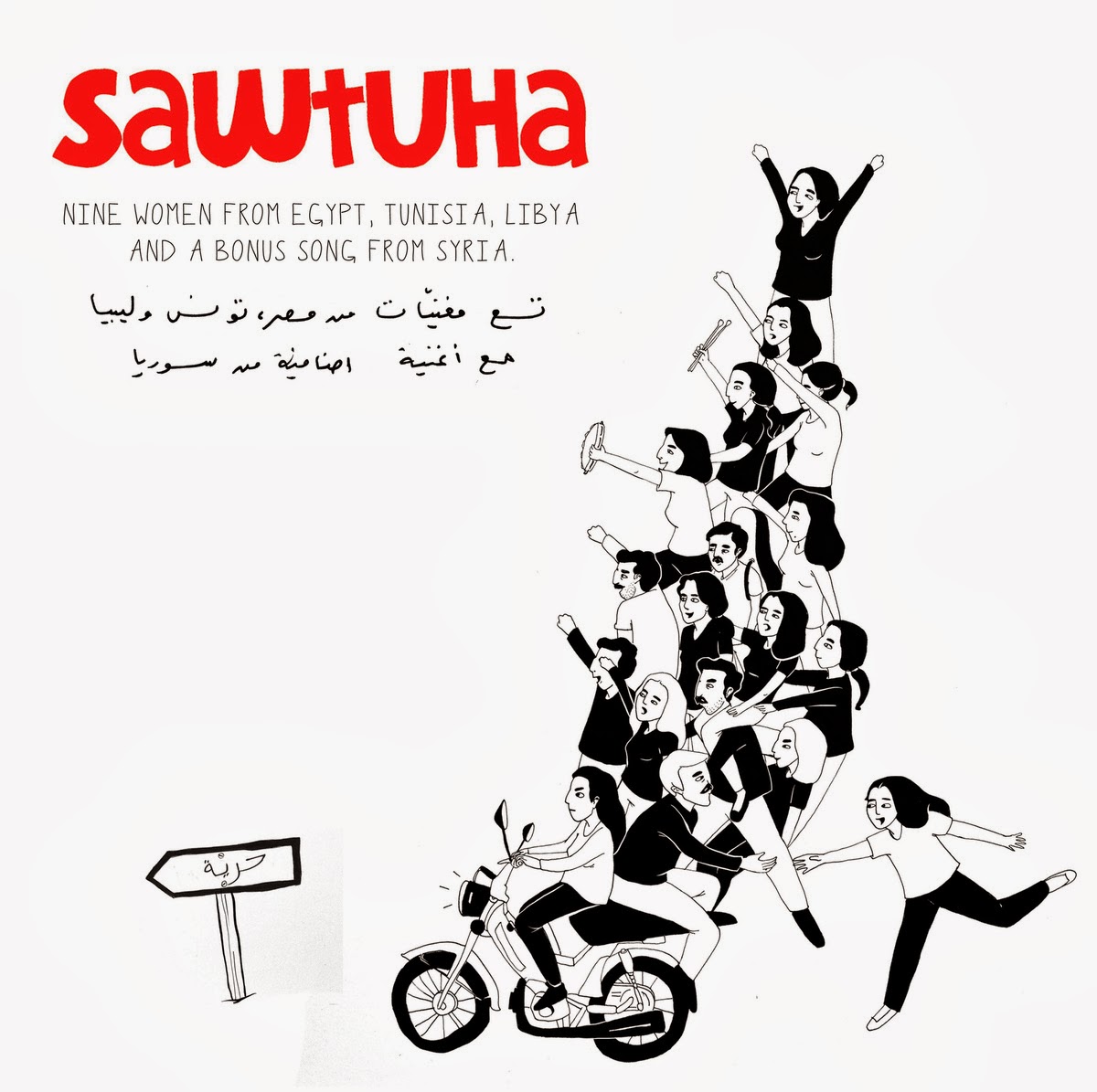 A little less then three years ago the political situation in many countries of the Arab world changed dramatically. Uprisings started in rural areas of Tunisia and from there spread to various countries in the region. Millions gathered in the streets united by their demand for more democracy, rights and participation in the political process. In most cases the reaction of the governing dictators were relentless and severe towards every form of protests. Violence in the streets of Cairo, Tunis and Bengasi escalated and resulted in the overthrow of the governments in Tunisia, Egypt and Libya.

A year later a group of female singers and musicians from Tunisia (Nawel Ben Kraiem, Badiaa Bouhrizi, Medusa, Houwaida), Libya (Nada) and Egypt (Donia Massoud, Maryam Saleh, Youssra El Hawary) met in Mohsen Matri Studio in Tunis to sing- against corruption, despotism, patronization and narrow-mindedness. The song with Syrian artist Rasha Rizk was recorded some months later in her political asylum in Cairo. Sudanese/American producer Oddisee and Olof Dreijer of the Swedish pop duo The Knife joined the session, participating in the creation of the musical backdrop as well as the often multi-instrumentalist female singers. For the vinyl edition producers such as Brenk, Blackjoy and Blundetto contributed remix versions of the project.

At the time and still today especially musicians and especially women were and are trapped in a spiral of repression, discrimination and violence. "Sawtuha" (Arabic for "her voice"), the album that is the product of the 2-week session, is a vital encouraging testament of rebellion against the repression of democratic rights, gender inequality, and lack of inclusion. The music is an organic mixture of traditional Arabic music, regional influences and various forms of contemporary Western musical genres. A mixture that may sound contradicting at first but makes total sense once you listen to the music.

You can purchase the CD on iTunes or at: http://jakartarecords-label.bandcamp.com/album/sawtuha
You can also purchase a vinyl edition at the link above.