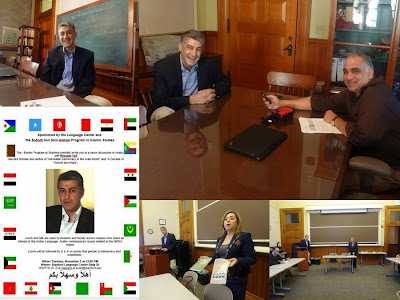 The Nov 7, 2013 episode of Arabology featured a 2-part interview with Wissam Yafi who visited Stanford during the week of November 4th and gave various talks around campus.  Wissam Yafi is the Lebanese American founder of TidWit.com and an expert in Middle East politics, economics and technology policy. His field comparative study, conducted for Harvard University on the MENA region, received recognition at the Kennedy School of Government's Center for International Development. More recently, he has been running an E-learning organization helping governments, non-profits, and businesses around the world reach their audiences.

Here is a video clip from Wissam Yafi's talk at Stanford , followed by the podcast which includes the interview with Wissam Yafi as well as music by Mashrou' Leila, Rachid Taha, Egyptian Project, and Salamat singing the Nubian/Arabic version of 'La Bamba.' 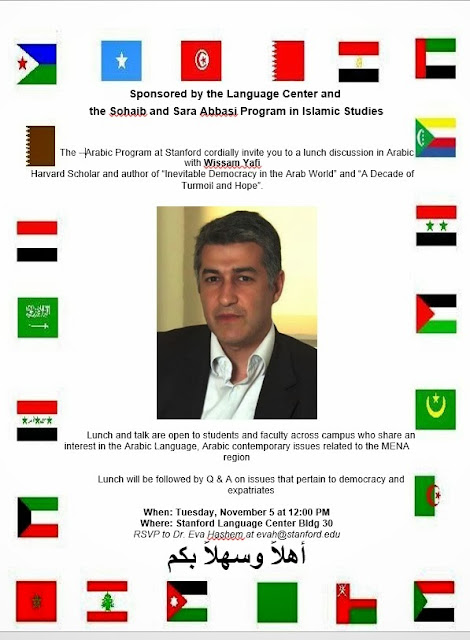