Dean Obeidallah at Stanford on October 26

The Muslim Students Awareness Network (MSAN) at Stanford University invites you to the Annual MSAN Comedy Show! The headline this year is comedian Dean Obeidallah, who has been featured on the Axis of Evil Comedy Tour, and has made appearances on NBC's Saturday Night Live, ABC's The View, and CNN. 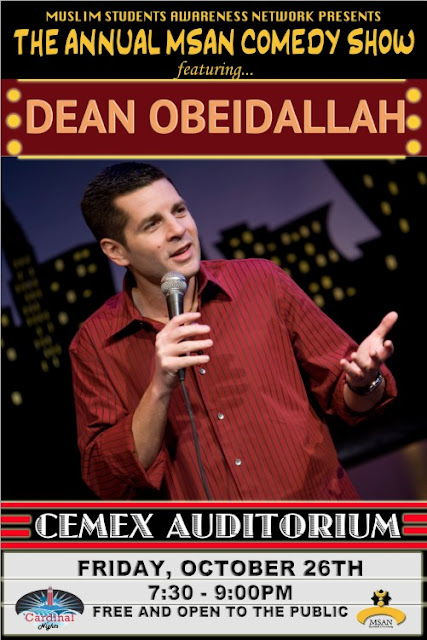 The purpose of MSAN is to foster cross cultural dialogue on issues that pertain to Muslims domestically and globally, and to promote awareness of the Islamic faith and culture to the entire Stanford community. The MSAN Comedy Show is one of many events MSAN hosts on campus to raise awareness in addition to panel discussions, informative lectures, cultural displays, the annual Islam Awareness Series, and more.